Even though the market has been volatile of late, one trend remains intact: The popularity of U.S. corporate spinoffs as a tactic for unlocking value. 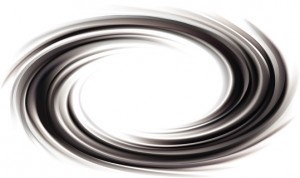 Granted, new challenges may halt one highly anticipated spinoff. And that is the proposed tax-free spinoff of Alibaba Group (NYSE: BABA) from Yahoo (NASDAQ: YHOO). Last week the Internal Revenue Service told Yahoo that the current plan didn’t pass muster, so we don’t know if this one will happen or not.

Despite the woes of these two companies, the general trend remains strong. A near-record 60 spinoffs were completed in 2014, and this year may approach 50.

In layman’s terms, the mechanics of a spinoff are simple. A parent company distributes all of its ownership interest in a subsidiary business via a dividend to existing shareholders. Once the spinoff is complete, there are two distinct, publicly traded companies with the same shareholder base.

This ownership base changes once the public markets take over and the respective companies’ shareholder bases evolve.

There are more than a few reasons why a spinoff unlocks value. And of course, there are a few reasons why skeptics say they don’t. One can argue that the primary beneficiaries are the Wall Street M&A advisers who collect fat fees when a company embarks on a major restructuring.

But evidence suggests the realities are far more investor friendly. A successful spinoff can unlock dormant value in a business unit that can go forth and flourish on its own.

Free from the weight of a corporation with several divisions, managers and strategic directives, the spunoff company can focus on its core business and pursue its own growth path, while providing the market with a clearer understanding of its underlying value drivers.

From a managerial perspective, a “new” business may have more flexibility to pursue value-creating initiatives within its own industry.

From a capital perspective, a spinoff can establish a capital structure that is appropriate for its line of business. For example, a slow-growth manufacturing company may want to use more leverage than a fast-growth software company. One example of such a scenario is the planned split of Hewlett-Packard (NYSE: HPQ).

Whatever the precise reasons for the trend, one thing is clear – this market continues to like companies with a more singular focus. Over the past five years a Bloomberg index of spunoff companies has returned nearly 170%, versus roughly 80% for the S&P 500.

While not every spinoff is a roaring success, it’s not hard to find examples of what has worked in a wide variety of industries. Murphy USA (NYSE: MUSA), Citizens Financial Group (NYSE: CFG) and Kraft Foods Group were all spun out of their parent companies, and all have done reasonably well since.

It’s worth mentioning that Kraft Foods Group has since become The Kraft Heinz Co. (NASDAQ: KHC). And a good portion of the company’s post-spinoff return is due to H.J. Heinz’s offer to buy Kraft at a valuation of $50 billion. That offer added over 35% to Kraft’s market value on the day it was announced.

The Kraft deal highlights another trend in corporate activity: spinoffs that are subsequently acquired or taken private.

Consulting group Edge Consulting reports that around 20% of spinoffs are subsequently acquired around the two-year mark, at which point tax penalties are less likely to apply. Their research, completed with Deloitte, focused on 800 spinoffs over the last 15 years.

For investors the message is simple – buy quality companies that are spun out and hold them for at least a couple of years. They will often do well on their own, and many will be acquired within a few years, often at a healthy premium.

On your radar should be pending splits for companies that are already doing well, and which could do even better once more focused companies emerge.

One simple way to quantify the performance of spinoffs, or to play the trend with a single security, is with an exchange-traded fund designed around the event. The Guggenheim Spin-Off ETF (NYSEArca: CSD) is rebalanced semiannually and only includes companies that were spun off six to 30 months prior to the rebalance date.

It is underperforming year-to-date, having posted a loss of 10% as compared to a 6% loss for the S&P 500. But over longer time periods the ETF has done much better.

While comparable performance obviously fluctuates over time, the potential value derived from a spinoff is clearly tantalizing for managers and investors alike. So much so that even large-cap names such as Hewlett-Packard and Yahoo are getting into the game.

I don’t think the spinoff trend will abate. It’s easily possible that 50 will be completed before year’s end, and that 2016 could mark a continuation of the trend.

That should give investors a robust pipeline of “new” companies to evaluate in the coming months. While not all will be good investments, I expect that investors who are early to buy into healthy and growing spunoff companies will be well positioned to profit over the coming years.

What Apple doesn’t want you to know about its iPhones

There’s no question the iPhone has revolutionized communications — and made Apple investors very rich. But here’s what most people don’t realize: there’s another group of investors who are getting even richer from iPhones. They’re not Apple investors — yet every time a new iPhone is released, their fortunes soar!

Find out why right here.