Oil and gas Master Limited Partnerships, or MLPs as they are called, are still not back in investors’ good graces. Even though the price of oil has bounced significantly off its 52-week low of $27, investors may have too many bad memories to come back to the MLP stocks. 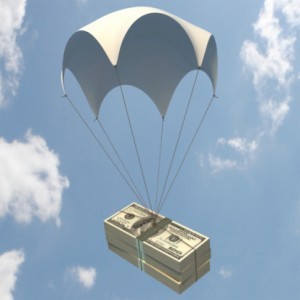 While many MLPs cut or suspended their distributions during the downturn, many others did not. In fact, some of the best-managed MLPs actually continued to raise distributions over the past year, thanks to their relatively stable business models.

With oil back at $46 per barrel, income investors may want to reconsider these MLPs to buy now.

Phillips 66 Partners is a relative newcomer to the MLP space. It was spun off from exploration and production giant ConocoPhillips (NYSE: COP) in 2013. It began trading at $23, and today, Phillips 66 Partners trades for $48 per unit. It has rewarded investors with excellent capital gains and distributions since its IPO. It has a 3.8% current yield.

Phillips 66 Partners bills itself as a growth-oriented MLP, meaning it differs from other oil and gas MLPs in the sense that it seeks growth from its internal investments. It pays investors a lower current yield than other MLPs, but it makes up for this with high growth.

Last year, the company generated $228 million of distributable cash flow, a non-GAAP measure that is typically used to analyze MLPs. That was a 78% increase from 2014.

It is off to a great start this year. In the second quarter, Phillips 66 Partners grew distributable cash flow by 32% from the previous quarter.

Management expects to raise its distributions by 30% per year over the next two years.

On July 20, Phillips 66 Partners increased its distribution by 26% from the same quarterly payout last year. The increase marks 11 quarterly hikes in a row since its IPO.

Magellan Midstream Partners is an industry giant. It owns the longest refined petroleum products pipeline system in the U.S., and it has access to nearly half of the country’s refining capacity. Magellan operates 9,600 miles of pipelines, as well as 80 terminals.

In July, Magellan increased its distribution by 11%. This increase was the 57th in a row since its IPO in 2001. Magellan has guided investors to expect 8% distribution growth in 2017, and the company expects to generate at least 20% more cash flow than it needs to pay the distribution.

Enterprise Products’ assets include approximately 49,000 miles of pipelines. It has storage capacity for 250 million barrels of natural gas liquids, crude oil, refined products, and petrochemicals, as well as capacity for 14 billion cubic feet of natural gas.

Last year, Enterprise Products generated $4 billion of distributable cash flow, thanks to its “take-or-pay” fee structure, which provides steady cash flow and modest growth from year to year. The company had a 1.3 distribution coverage ratio for the year, which indicates the distribution is secure this year.

Enterprise Products is off to a good start in 2016. Operating profit rose 3% over the first half of the year. This allowed the company to recently raise its distribution by 5%, which was the 48th quarterly increase in a row.

The reason why these MLPs can distribute such high yields is their steady business model. MLPs operate a lot like toll roads. They collect fees based on the volumes of oil and gas liquids they store and transport through their pipelines and terminals.

Phillips 66 Partners, Magellan Midstream Partners, and Enterprise Products Partners generate plenty of cash flow from their high-quality assets and reward their investors with high distributions. They have done a good job navigating the industry downturn and will enjoy a continued recovery if oil prices rise from here.