If they can do it, anyone can it. 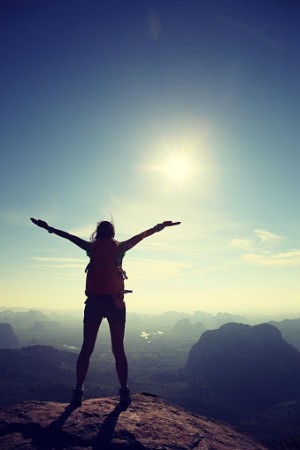 “They” are five investors with no insider information, no exceptional intellect, no extraordinary skills, and no discernible inheritance.

You can do it, too. Enroll now to earn 10X more income.

And yet all five multi-millionaires invested to accumulate wealth that required seven or eight digits to measure.

This is no men’s club. The ladies have proven their mettle with the gents’.

Ladies, first, and you’ll see what I mean.

That’s all she needed.

Most were dividend growers. The more the dividends grew, the more Scheiber invested. She continually added to her diversified stock collection. The results speak volumes.

Grace Groner worked for 43 years as a secretary for Abbott Labs. In 1935, she bought three specially issued Abbott shares for $180.

And that’s it. Groner never sold an Abbott share. She also continually reinvested the dividends she received in additional Abbott shares.

Thanks to continually reinvesting and numerous stock splits, Groner would accumulate 100,000 Abbott shares by the time she died in Jan. 2010 at age 100. Her shares were valued at $7 million at the time of death.

The name may change, but the strategy remained the same. Stone continually reinvested her dividends in more Exxon Mobil shares.

When Stone died at age 91 in January 2013, she left an estate worth more than $6 million. Her investment portfolio included tens of thousands of Exxon Mobil shares.

You could politely say that Ronald Read was “occupationally challenged.” Read earned a living in two primary occupations: gas-station attendant and janitor.

Nevertheless, when the 92-year-old Read passed away in June 2014, he passed owning an investment portfolio valued at $8 million.

Read was a whiz at picking stocks and reinvesting his dividends in those stocks. His safe deposit box was filled with original stock certificates – AT&T (NYSE: T), Bank of America (NYSE: BAC), CVS (NYSE: CVS), and Deere (NYSE: DE) included – at the time of his death.

Last but not least, I offer the story of an Omaha, Nebraska-based investor. It’s not the one who reflexively springs to mind when “investor” and “Omaha” appear in the same sentence.

Jack Gsantner died in February 2012 at age 84. Gsantner was a former billing clerk at Union Pacific who drove old cars and drank cheap beer. (I like him already.)

At the time of his death, Gsantner owned shares in nearly 80 companies and mutual funds. Most were dividend payers. Exxon Mobil and AT&T were featured stocks.

All told, Gsantner’s assets were valued at $5.28 million at the time of his death.

Did any of our “Fab 5” multi-millionaires perform heroic investing feats to accumulate their wealth? I aver they didn’t.

The only nit I pick is with Groner and Stone. Both were fortunate to invest with one company – Abbott Labs and Exxon Mobil, respectively – that had staying power. Had they been employed by Kodak or Bear Stearns, the outcomes likely would have been far less profitable. Therefore, I recommend a bit more diversification.

The more income you can earn, the better.

Investors like you are earning $1,197 in additional income every 21 days on average.

Many are using this income to compound their wealth like our “Fab 5.”

It’s FREE, but space is limited.