With U.S. crude oil recently hitting the psychologically important $50 per barrel level, investors are at a fork in the road. The big question now is whether the recent rally is for real, or if instead oil prices are headed back down.

Recent data from the oil market suggests the latter may be more likely. The biggest driver of the oil rally – lower oil supply – has been due to short-term factors such as weather and unplanned outages. It hasn’t been due to meaningful supply cuts out of OPEC or major oil-producing nations.

These are important distinctions, and could be an indication that oil prices are likely to go lower in the near term, not higher. 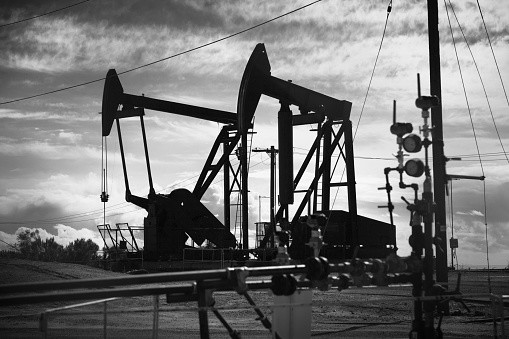 There are a number of reasons why investors should take a bearish view toward oil prices. First, the rally in oil prices has resulted in a sharp reversal in the decline of U.S. oil rigs in operation. The latest weekly rig data out of Baker Hughes (NYSE: BHI) showed that U.S. oil producers added rigs last week for just the second time in 2016.

Drillers added nine rigs into operation for the week ended June 3, bringing the active total to 325. While that is still down significantly from the 642 active rigs in the same week last year, it is nevertheless a sign that producers could once again oversupply the market.

Throughout 2016, exploration and production companies had been shelving an average of 10 rigs per week. Now that the rally in oil prices has once again incentivized higher production, it could once again put the global economics into imbalance.

Supply is also likely to increase, because the recent declines have mostly been due to the Canadian wildfires and civil unrest in places like Nigeria. Once these issues pass, it will only add more supply into an already oversupplied global oil market.

If the $50 oil mark indeed turns out to be a mirage, investors would be wise to avoid the oil stocks most reliant on high oil prices. These would be the firms in the exploration and production space. Often referred to as upstream companies, E&P majors badly need higher oil prices, as they do not have midstream or downstream businesses, which are less reliant on the underlying commodity price.

Two of the biggest E&P operators in the U.S. are ConocoPhillips (NYSE: COP) and Occidental Petroleum (NYSE: OXY).

ConocoPhillips states in its investor presentations that its earnings rise or fall by $30 million to $40 million for every $1 change in West Texas Intermediate crude prices. Conceivably, if oil goes back to $30 per barrel, the company stands to take at least a $600 million hit against earnings.

That scenario does not even include what would happen if Brent crude prices followed suit. ConocoPhillips’ profit is even more sensitive to Brent, the international benchmark. For every $1 change in the Brent price, the company stands to gain or lose $100 million to $120 million.

Occidental Petroleum continues to increase production, despite the unfavorable economics of low oil prices. The company lost $425 million last quarter, when its realized price averaged $33 per barrel. Despite that lackluster quarterly performance, it still intends to grow production this year by 4%-6%. While the recent rally to $50 is a welcome reprieve, should the price of oil revert back to its 2016 low, increasing production at a loss will only exacerbate the company’s problems.

The bottom line is that while the rise to $50 is a hopeful sign of a recovery in oil prices, it may be premature to call an oil recovery. The fundamentals between global oil supply and demand still seem to point to lower prices from here.