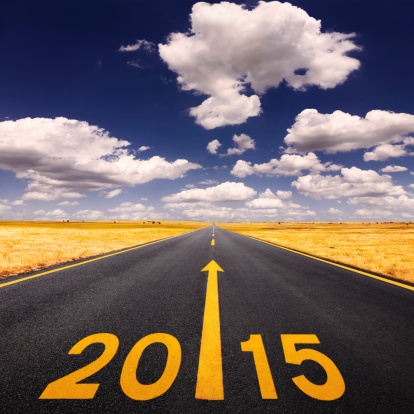 In just the first two months of 2015, a select group of stocks have doubled in price. The top performer – a little-known steel company – has seen its shares soar 148%.

A total of 9 stocks are already up more than 100% this year. Now, these aren’t penny stocks. These are “real” companies with market capitalizations of at least $300 million.

It may surprise you to learn that there is a striking similarity between these stocks. In fact, the investment research team here at Wyatt Investment Research knows that nearly every big winner has a few things in common.

My colleague – Tyler Laundon – has spent his entire career developing a unique approach to finding the next big stock market winners. Last year, he recommended six of these 100% winners to his readers.

Tyler has just released details on his next top recommendation – a stock he expects will double in 2015. If you want all the details, click here.

Let’s take a closer look at six of the biggest winners of 2015. Specifically, I’ll examine why they’ve surged in price and what they have in common. Plus, I’ll share with you the secret that nearly all big winners have in common.

The sixth-best-performing stock of 2015 so far is a biotechnology company called Curis. With a market capitalization of around $324 million, this Massachusetts-based company barely makes the cut in my stock screen excluding companies under $300 million. Still, with a year-to-date increase of 110%, the stock movement has been nothing short of impressive.

Curis is involved in cancer treatment. The stock’s big move began after the company announced a partnership with privately held Aurigene, a gene therapy company, to develop its breakthrough cancer treatment.

Up 118%, shares of Massachusetts-based Foundation Medicine take fifth place for performance so far in 2015. Foundation Medicine is a biotechnology company involved in cancer treatment and, if you’re noticing a pattern with these stocks, you’re right on.

The company is essentially flat since Jan. 12, when it surged 95% on news that pharmaceutical giant Roche (OTCMKTS: RHHBY) would acquire a majority stake in the company. Foundation Medicine is worth around $1.4 billion today.

Currently sitting in fourth place for the top stocks of 2015 is Eagle Pharmaceuticals. Up around 121% this year, the stock’s big move has taken place in just the last few weeks.

Worth just over $480 million, this New Jersey-based pharmaceutical company essentially doubled its revenue expectations. It also announced a partnership with Teva Pharmaceuticals (NYSE: TEVA) to develop a treatment for blood cancer.

The third-best-performing stock of 2015 is – yet again – a biotechnology company. Ziopharm is a Boston-based firm specializes in DNA-based cancer treatments. As of Thursday, the stock is up 132% for the year.

The company is currently worth around $1.3 billion.

Wouldn’t you know it, the second-best-performing stock of 2015 is also a biotechnology company. Shares of Cellular Biomedicine Group have really taken off since the beginning of February. Though the company is up 132% for the year, shares are up 73% so far in February alone.

It may not surprise you that this company is researching cancer treatments. This is in addition to its significant progress treating degenerative disorders and diseases like osteoarthritis. Using stem cells and other novel strategies, Cellular Biomedicine is attempting to regenerate cartilage and other tissue to, essentially, reverse the affects of aging.

Today the Palo Alto, California-based company is worth just over $328 million.

The top stock of 2015 bucks the trend that I’m sure you’ve noticed. Indeed, it is the only company on this list that is not involved with biotechnology.

Mechel is a Russian mining and steel company that is mounting an incredible turnaround thanks to the Russian government. News broke on Jan. 29 that the Russian government had added Mechel to a list of companies that would receive state support, basically making the company “too important to fail.”

This essentially means the Russian government will guarantee the company’s loans – and the stock hasn’t looked back since the announcement, up 153% on the year. Today Mechel is worth just over $457 million.

There are two common themes that you should notice here.

First, five of the six top stocks of 2015 are biotechnology stocks that are somehow involved with cancer treatment. This could explain why the iShares Biotechnology Index ETF (NASDAQ: IBB) rose 34% last year compared to the S&P 500’s rise of 11.8%.

Second,  these are all small-cap stocks with market capitalizations below $2 billion. The valuations for these companies range from $324 million to $1.4 billion.

I’m not at all surprised to see this. Smaller companies are almost always the biggest stock market winners. If you’re looking to make a big return from your investments, you need to be investing in small cap stocks.

Our top growth stock and small cap analyst – Tyler Laundon – has a long history of finding stocks that can double in price. His latest recommendation is a small company that’s disrupting a $781 billion industry.

On March 12, an important announcement will give investors the latest details on this unique opportunity. In fact, Tyler thinks this single stock could be one of the biggest winners of 2015.

Just click here now to get all the details – and be sure to act now – before the upcoming news is released.

In the backwoods of Ontario, Canada… far from prying eyes… a specialty factory is being built that could change the face of an entire industry. This factory will be producing a patented, game-changing technology — one that’s set to completely disrupt a $781 billion dollar industry. And the tiny $9-a-share company that owns this plant — and the technology — could be doubling by the end of the year. And it all gets started on March 12th. Click here for all the details.