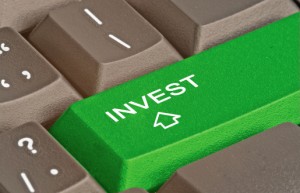 Activist investing has been brought front-and-center on Wall Street, thanks to its poster boy, Carl Icahn. The billionaire investor has been practicing shareholder activism since the 70s, when it was known under  a less friendly term, corporate raiding.

Activist investing hit a new high earlier this year when Icahn took on one of the biggest companies in the world. Icahn went toe-to-toe with Apple, pushing the company to put its cash hoard to work by boosting its buyback program.

However, many companies have hedge funds pushing for change in order to boost shareholder value.

This is still a relatively new concept for retail investors. But the 13D Activist Fund (NASDAQ: DDDIX), which is the only mutual fund that uses activist investing as its primary strategy, gives investors access to stocks that have activist investors involved.

However, instead of buying the fund itself, investors can pick and choose activists’ top picks. Here are the top three holdings for the 13D funds:

This real estate company makes up 5.35% of the 13D fund. This isn’t the sexiest stock you’ll find in the market. It’s more of a pure real estate play, with a diverse mix of retail, office, multifamily and resort assets.

Back in 2008 billionaire Bill Ackman of Pershing Square got involved with General Growth Properties. He invested for as low at $0.35 a share in 2008. After coming out of bankruptcy, General Growth decided to focus on shopping centers, spinning off assets that require significant development. Thus, in 2010, Howard Hughes was spun off from General Growth.

And while Ackman’s Pershing Square sold all of its General Growth stock last quarter the fund still has large part of his portfolio invested in Howard Hughes. The fund has owned 3.56 million shares (roughly 9% of the company) for the last few years. Ackman has even said that his Pershing Square hedge fund will likely own a part of Howard Hughes forever.

Horizon Kinetics, a long-term contrarian-focused fund, is another major owner of Howard Hughes. It owns over 5 million shares, or 13.8% of the company.

Again, Howard Hughes is a long-term real estate play; it doesn’t pay a dividend and is not a real estate investment trust. Its key properties include master planned communities in Houston, Las Vegas and Maryland. It also has operating assets that generate income, including various retail and office properties.

Most notably, it owns 60 acres within a mile of Waikiki Beach and downtown Honolulu. It also owns  the South Street Seaport, which includes a long-term ground lease with NYC that doesn’t expire until 2072. The key is that most of its real estate is on the books at well below market prices.

Valeant makes up 5.25% of the 13D fund. Valeant is a specialty pharmaceutical company that has grown to one of the largest pharma companies in the world, thanks to an aggressive acquisition strategy.

The biggest news for Valeant of late is that it’s teaming up with Bill Ackman’s Pershing Square Capital hedge fund to take over fellow pharma company, Allergan (NYSE: AGN). Ackman owns just under 11% of Allergan (28.8 million shares). Shares of Allergan are up nearly 50% year to date, while shares of Valeant are flat.

The latest bid for Allergan includes $72 in cash and 0.83 shares of Valeant stock for each Allegan share. Ackman’s Pershing Square has said it would accept all stock for Allergan shares.

The move is part of Valeant’s strategy to become one of the world’s top five drug makers by 2016. That means it would have to triple its market cap in just 18 months. Assuming the Allergan deal gets done, it would double the size of Valeant. 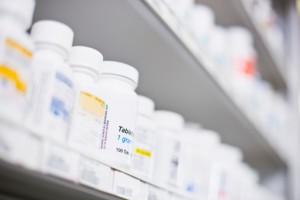 However, Allergan is pushing back, not wanting to be another victim of Valeant’s acquisition policy — which includes large cuts to research and development to boost margins. However, it remains that Valeant and Allergan’s products are complementary.

Pershing Square has met with six of the top 10 Allergan shareholders, all of whom  would support a deal that valued Allergan at $180 a share. Another notable hedge fund owner is ValueAct Capital, which owns 5.6% of the pharma company.

Billionaire John Paulson has also jumped in on the merger & acquisition action. Paulson and his Paulson & Co. hedge fund have long been M&A arbitrage specialists. He bought up $1 billion worth of Allergan earlier this year. He is siding with Ackman in the push to get Allergan bought by Valeant.

The 13D fund has 3.72% of its assets invested in the company, making Unit its third-largest holding. Unit Corp. is an energy company that explores for and produces oil and natural gas. Despite being loved by some key hedge funds, it’s still an underrated play on the drilling industry.

Only seven analysts are following the stock. Compare that to the leading drilling company, Transocean, which has 25 analysts covering the company.

Royce & Associates own the most Unit Corp. shares, right at 6.1 million or just over 12% of the company. Dubbed the “small-cap king,” Chuck Royce runs the various Royce funds  and focuses on finding undervalued and high-growth small caps in the market.

A couple of other small hedge funds are also owners of Unit, including Heartland Advisors and New Mountain Capital. Each owns over 5% of the company.

Despite being up 31% year to date, Unit Corp. is still a very compelling valuation story. Shares of Unit Corp. trade at a P/E of just 13, based on next year’s earnings estimates. That puts its P/E to growth ratio of under 1.0. This oil and gas driller also has  among the best margins and balance sheets in the industry.

However, it’s likely trading at this discount due to being a conglomerate. The major hedge fund owners are looking to make various changes at Unit Corp., including corporate and capital allocation changes. This could include breaking up the company.

Unit Corp. isn’t a pure play on oil drilling. It also participates in exploration and production activities and has various pipelines. One potential option includes forming an MLP for its pipeline business.

While retail investors don’t get the same access to company management that large hedge funds and activists do, they can invest alongside them. The 13D fund has proven to be a solid vehicle. However, investors can avoid the mutual fund fees and use the three stocks above for investing like an activist.