It might shock you to learn that the airline sector was one of the best-performing sectors last year. After all, the industry has been plagued with regular bankruptcies since 2001. 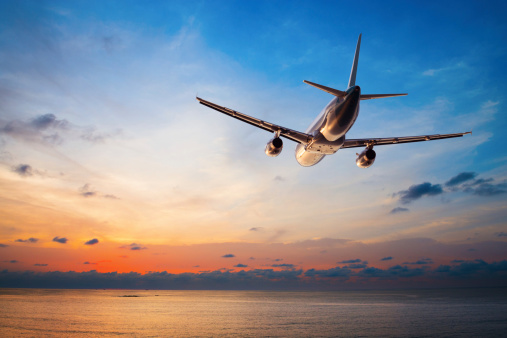 Even more impressive, most of those gains took place in the final three months of the year. Ebola fears sent these stocks plunging in September. But by mid-October the stocks had bottomed out before roaring higher.

As a value investor, I rarely jump on board the hot sectors of the market. When stock prices jump more than 50% in one year, that typically means that valuations are soaring.

Quite frankly, I try to avoid stocks that have made such a big move overnight. I’m a value investor, and that means seeking overlooked and undervalued stocks.

But after digging into the airline sector, I noticed something strange. Even after such a huge move, airline stocks are dirt-cheap.

How is that possible? The reason is that earnings are growing faster than the share price. Let me explain, using United Continental Holdings as an example.

One year ago, the company reported earnings of $2.84. At the time, United shares traded around $47. That meant that the stock traded at a price-to-earnings (P/E) ratio of 17.

Since then, the stock is up considerably. Yet the P/E multiple has actually fallen. Final financial results for 2014 won’t be reported until Jan. 22. But analysts are expecting EPS of $5.05 – a 78% increase.

Today, United Continental shares trade around $64. That translates into an attractive P/E ratio of 13, based on trailing EPS.

When we look forward to 2015, United Continental stock is even more attractive. That’s because next year, the company is expected to report EPS of $8.81. If accomplished, the earnings growth would be an impressive 74% next year. On that basis, United shares trade at just 7-times next year’s earnings estimates.

A P/E ratio of 7 is cheap for any stock. That’s especially true for a company that’s growing its earnings so rapidly.

Consider for a minute that among S&P 500 companies, the median P/E multiple is 18-times 2015 EPS estimates. United Continental isn’t in the S&P 500 index, although its $24 billion market cap makes it big enough for inclusion.

2015 should be another banner year for airline stocks as the industry continues to benefit from two growth trends.

First, airlines benefit from falling crude oil prices. Crude oil prices have fallen by 50%. As a result jet fuel has also been cut in half, falling from $2.92 to $1.42 per gallon in the last year.

Second, airlines benefit from increased consumer discretionary spending. Low gasoline prices are expected to put an extra $750 in the pockets of the average American household in 2015. With more cash and growing consumer confidence, the travel industry should experience more bookings.

For investors seeking exposure to the airlines, individual stocks are the best bet. There is no ETF that invests exclusively in airline stocks. The closest thing is the iShares Transportation Average (IYT). But the ETF only has 16% of its capital invested in the airline sector.

The tailwind of low oil prices will benefit every airline in 2015. Even if oil prices bounce back a bit, these airlines will still be banking big profits.

I think you’ll likely beat the market investing in any of the major U.S. airlines. Yet my favorite is a lesser-known carrier that should fair extremely well.

It’s one of the best-managed companies in the sector. Unlike almost every other airline, it’s never declared bankruptcy. I’m expecting shares will jump nearly 40% in the coming year, making this one of my top buys for 2015.

Last week, I bought the stock in my Million Dollar Portfolio real-money advisory. You can get my complete report – completely free – by clicking here now.