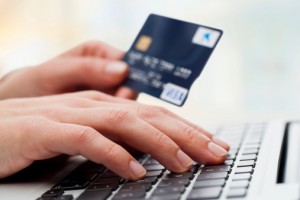 Last week Amazon (NASDAQ: AMZN) announced that it was raising the price of its Amazon Prime service. The customer backlash was almost instant, with satisfaction ratings for Amazon Prime customers dropping from 93% to 83%.

Amazon Prime is a service offered through annual subscriptions, a cost that is rising from $79 per year to $99. Though the price hike of around 25% doesn’t seem to be sitting well with some customers, I am convinced that the Amazon Prime price increase is good for Amazon.

As it turns out, having money invested in the Prime membership makes a big difference to customer habits. This logic is on full display with the success of Costco (NASDAQ: COST), which charges annual memberships for the privilege to roam its aisles.

Piper Jaffray analyst Gene Munster’s consumer surveys suggest that as many as 15% of Prime customers will drop the service in the wake of the price increase.

Still, he maintains an “overweight” rating and a price target of $420 per share, an increase of 12% over Monday’s closing price of $375. He also estimates the $20 price hike could amount to $150 million in additional profit for Amazon in the first twelve months.

The justification for the Amazon Prime price increase is pretty simple.

Amazon also continues to add to its Prime Instant Video library, a collection of content to which Prime members have unlimited streaming access.

It is easier to compare the price of Amazon Prime to competing services when you consider its monthly cost, as that is the billing style of competitors. These competitors include Netflix (NASDAQ: NFLX) and Hulu Plus, which is controlled by a consortium of Fox (NASDAQ: FOX), Disney (NYSE: DIS) and Comcast’s (NASDAQ: CMCSA) NBC Universal.

Netflix costs $7.99 per month and gives users ad-free access to its massive library of TV shows and movies.

Hulu Plus also costs $7.99 per month and gives users access its smaller-than-Netflix library of primarily recent or current-run episodes from TV shows. Hulu Plus is offered with “limited advertising,” meaning that user still see ads.

Amazon Prime will soon cost $99 per year, so $8.25 per month. For that, users get ad-free access to a library of popular movies and TV shows roughly half of Netflix’s library.

Amazon will likely lose a small amount of customers as a result of its price hike. But, Prime offers such strong value to consumers that the service is likely to continue thriving. And the additional $20 in revenue per user won’t hurt either, with the potential to significantly boost Amazon’s bottom line.

I have no doubt that the Amazon Prime price increase is good for Amazon.