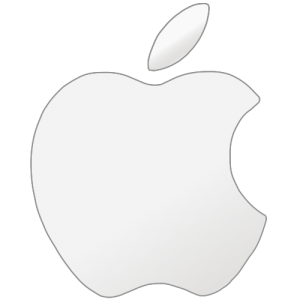 Apple missed analyst estimates on both revenue and earnings per share. And if that weren’t bad enough, its outlook for the fiscal third quarter also missed expectations.

It was Apple’s first sales decline since 2003.

Apple’s disappointing quarter had investors running for the exits. But echoing what happened during the post-iPhone 5 lull and ensuing sell-off, it seems investors are overreacting once again.

The Apple earnings report said the company produced $1.90 per share in profit on $50.56 billion of revenue. Both figures missed projections. Analysts expected Apple to earn $2 per share on $51.97 billion.

Next quarter, Apple said, it expects to generate revenue between $41 billion and $43 billion. This projection also failed to meet forecasts; analysts were expecting $47 billion in revenue for the fiscal third quarter.

Sales fell across all of Apple’s geographic markets except Japan. Of particular concern is China, where sales plummeted 26% from the same quarter last year. China is now Apple’s second-largest geographic segment after the Americas.

From a product perspective, sales fell across Apple’s three most important devices: the iPhone, iPad, and Mac. IPhone sales fell 18% from the same quarter in 2015, while revenue from the iPad and Mac declined 19% and 9%, respectively, year over year.

Overall, Apple’s sales were down 13% for the quarter, although it’s worth noting the rising U.S. dollar did some of the damage. Huge multi-nationals like Apple are seeing international revenue converted into fewer U.S. dollars because of the exchange rate. Excluding foreign exchange, Apple’s revenue was down 9% last quarter.

Apple Is Too Cheap to Sell Here

While the drop in stock price after the report is disappointing, the Apple earnings report wasn’t all bad news. First, Apple actually beat expectations on iPhone sales. Shipments totaled 51.19 million, compared to the 50.3 million analysts had expected.

The market is panicked over the iPhone declines, which makes sense since the iPhone is Apple’s most important product. But some context is necessary. Apple is in between major new iPhone releases right now. It was very likely to see a revenue decline until the release of the iPhone 7.

Keep in mind, Apple is still a cash-generating powerhouse. Even in a difficult period, the company still raked in $33 billion of free cash flow over the first half of the fiscal year.

It uses a significant amount of its huge cash pile to reward shareholders with compelling cash returns.

Along with earnings news, Apple announced a 10% dividend increase. The new annualized payout is $2.28 per share, which amounts to a 2.25% dividend yield. And, Apple also added $35 billion to its stock buyback program, which will help boost future earnings growth.

Apple trades for just 11 times earnings. Even though Apple is in a muddle-through period, the stock is still too cheap, considering its massive cash flow, excellent balance sheet and solid dividend. Apple remains one of the strongest brands in the world. It’s likely the current dip in share price will be seen in retrospect as a great buying opportunity.

Before he died, Steve Jobs gave an interview to The New York Times where he revealed his desire for Apple to create something unlike anything the world had ever seen. Though Jobs is no longer around, his dream for this technology is alive and kicking. According to global consulting firm KPMG, this technology “could provide solutions to some of our most intractable social problems.” And Morgan Stanley believes it could save the American economy $1.3 trillion each year.