As 2015 draws to a close, technology giant Apple (NASDAQ: AAPL) has no shortage of growth catalysts heading into the new year. The newest iterations of the iPhone – the iPhone 6s and iPhone 6s Plus – continue to sell very well around the world, and the Apple Watch is still in its infancy. 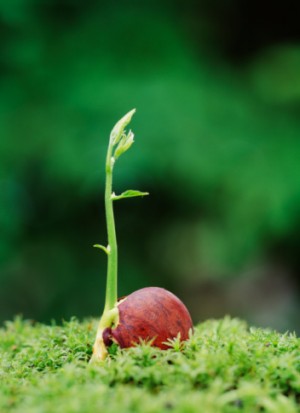 Of all its possible avenues for growth going forward, one that doesn’t get much attention is the potential for Apple’s payments platform, known as Apple Pay. But that should change soon, because the company has announced it will expand Apple Pay into China in 2016, as early as February.

In doing so, Apple is going to battle with multiple existing payment services in China. The fight for market share will not be an easy one. However, Apple has deep pockets, and the massive growth potential for Apple Pay in China is too lucrative to ignore.

Get Ready for Apple Pay in China

To roll out Apple Pay in China, Apple has reached a partnership agreement with a company called UnionPay, which is the main bank card and payment firm in China. In fact, UnionPay is a state-owned firm. As such, it has a monopoly on all yuan payment cards issued and used in China.

The move makes strategic sense for Apple. Apple Pay has seen strong growth since its inception, and when it comes to payments, China is a market ripe for the picking.

E-commerce and digital payments are growing rapidly in China, right alongside the boom in smartphone usage there. By charging transactions fees, payment platform sponsors can rack up billions in revenue, as online transactions are soaring in China.

Why China Is Such a Critical Market

Of all the geographic markets in the world, China is by far Apple’s most important. That’s because China is a premier emerging market. It is the biggest nation in the world with a population of 1.3 billion. And China’s underdeveloped economy means it is growing economic output at a rapid pace.

Moreover, China has an emerging consumer class, as millions of its residents are being elevated to the middle class each year. Consider that Apple products have only been made available to Chinese consumers for the past few years, thanks to its recent partnership with China Mobile (NYSE: CHL), the largest telecommunications carrier in the world with more than 750 million subscribers.

The end result is that China is one of the most lucrative growth opportunities for Apple in the world. And it has already enjoyed robust growth there. Last quarter, Apple’s revenue from China nearly doubled. In the last fiscal year, its revenue in China rose to $58 billion. That allowed China to pass Europe and become the second-largest geographic market for Apple, behind only the Americas.

Thanks to the rollout of Apple Pay in China, Apple’s growth there looks to have a long runway over the next several years. However, Apple’s payment system in China is sure to be met with stiff competition.

Apple Takes on a Local Giant

In establishing Apple Pay in China, Apple is going directly up against industry leader Alibaba Group (NYSE: BABA), which has an existing payments platform known as Alipay.

But that won’t be the only existing service getting its toes stepped on. Apple Pay will also be directly competing with Tencent’s WeChat Payment service. Consequently, Apple will have to invest significant resources if it wants to capture a meaningful slice of the pie.

That shouldn’t be a problem for Apple, which now has more than $200 billion in combined short- and long-term cash and marketable securities on its balance sheet. It has the financial strength to do just about anything it wants to, including a massive push to expand Apple Pay in China. As a result, investors have another growth catalyst to look forward to in 2016.