I just stopped at my local post office. The FBI poster with the 10 Most Wanted list was there. And sure enough, there was the picture of the CEO of Apple (NASDAQ: APPL), Tim Cook, as public enemy No. 1. 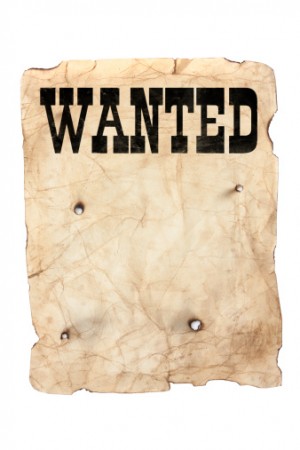 There’s no denying though that Apple is in a jam. The ancient Greeks would have described Apple’s situation as being between Scylla and Charybdis. The myth is that in the narrow strait of Messina, sailors had to decide to pass closer to Scylla (a six-headed sea monster) or Charybdis (a whirlpool).

Apple has two unpleasant choices in its fight with the FBI, which wants Apple to unlock the iPhone of one of the San Bernardino shooters.

Apple can face calls of being unpatriotic and a possible boycott of its product in the U.S. – not to mention being on the government’s bad side. All kinds of investigations could come from that.

Or it could unlock the terrorist’s phone. That would cost it some customers who are worried about privacy. And, I believe, perhaps endanger its entire future growth.

The FBI says it needs access to all the data on the phone in order to have a thorough investigation. The iPhone may have data on it revealing whether others were involved, or if other attacks are planned.

But Apple’s Tim Cook says unlocking the phone would set a “dangerous precedent that would threaten everyone’s civil liberties.”

Law enforcement agencies, through court orders, have about 10 outstanding requests in for Apple to unlock iPhones. Incredibly, these court orders are based on the All Writs Act of 1789. Gee, I didn’t know George Washington had an iPhone.

Comey says Apple’s compliance in the San Bernardino case “was not intended to set a precedent.”

But Apple says compliance will give the government access to everyone’s phone. Cook said the court order was the equivalent of the government forcing safe or lock manufacturers to go around the country opening everyone’s safes and locks.

There’s one real question here. That is whether the FBI is really asking Apple to create a backdoor into iPhones, dubbed the “FBiOS” by security expert Dan Guido.

If it is, that’s a game changer for technology companies. It will forever change security, encryption and most importantly, privacy.

Yes, the good guys will have more tools for finding bad guys. But it also sets up vast official data depositories that will inevitably be accessed by bad guys.

Enough scary thoughts. Let’s get back to Apple itself.

I believe that eventually, in some way, the company will be forced to comply in the San Bernardino terrorist case.

That will open Pandora’s box. I can guarantee you nearly every government on the planet will be asking Apple (and other smartphone makers) to help in investigations. Remember, one man’s freedom fighter is another man’s terrorist.

Sooner or later China will tell Apple, “Hey, you helped your FBI investigate terrorists. Now help us investigate our ‘terrorists.'”

Apple will be in a tight spot. The Greater China region (including Taiwan and Hong Kong) is of prime importance to the company.

Just five years ago, the region accounted for less than 10% of Apple’s revenues. Now it accounts for 25% of its revenues. And based on the current growth path, the Greater China region will surpass the Americas as Apple’s largest region by 2018.

I’m sure Apple will politely tell the Chinese no. And guess what? China will likely tell Apple to take a hike. That market will be closed to the company.

Apple’s iPhone has already faced a struggle there. Chinese smartphone makers, including Xiaomi and Huawei, are real up-and-comers and will be vying for global market share in a few short years.

Now Apple could be shut out of its biggest and most lucrative market in the years ahead. Besides India, there are no more big markets left. And India, with its bureaucracy, will be a tough market to crack for Apple.

If I were an Apple shareholder, I would worry a lot about the future of the company if the FBI wins.

Before he died, Steve Jobs gave an interview to the New York Times where he revealed his desire for Apple to create something unlike anything the world had ever seen. Though Jobs is no longer around, his dream for this technology is alive and kicking. According to global consulting firm KPMG, this technology “could provide solutions to some of our most intractable social problems.” And Morgan Stanley believes it could save the American economy $1.3 trillion each year.