When it comes to Apple (NASDAQ: AAPL) and China, an increasingly important market, the past year has seemed to be nothing but bad news for the technology giant. Growth has collapsed, low-end competition from the likes of Xiaomi and the strong U.S. dollar have all weighed on Apple’s sales in China. 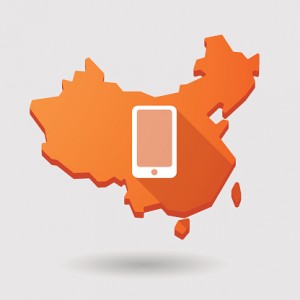 And, recent news suggests Apple’s problems in China are only getting worse. In a highly publicized patent dispute, Apple may be forced to stop selling its flagship iPhone 6 and iPhone 6 Plus models in China.

But while the Apple ruling struck many by surprise, there is more to this story than meets the eye.

On Friday, Shenzen Baili, a little-known smartphone manufacturer in China, won an injunction against Apple based on a design patent. Shenzen alleged that Apple copied its own smartphone design when it developed the iPhone 6 and iPhone 6 Plus models.

In the Apple ruling, thee court ruled that Apple infringed on the small Chinese smartphone manufacturer’s designs, and as a result, Apple would be prevented from selling the iPhone 6 and iPhone 6 Plus in Beijing. For its part, Apple said sales remain unaffected.

While the Apple ruling looks like huge and startling news on the surface, the report may not be all it’s cracked up to be.

Apple was granted a stay, and the company will be allowed to continue selling its iPhone 6 and iPhone 6 Plus devices pending an appeal. As the appeal is likely to take several months, even a rejection of the appeal would have limited consequences for Apple.

By the time the appeal on the Apple ruling is heard and ruled on, the iPhone 6 models would be less relevant for the company. By the end of this year and into early 2017, the iPhone 6 will be only a modest driver of Apple’s profits, as the company is expected to unveil the iPhone 7 later this year.

Plus, it’s worth remembering that over the long-term, patent disputes like this will likely amount to little more than bumps in the road for Apple, specifically as it regards China.

China is an emerging market, with a population of 1 billion and a vast and growing  middle class. It is highly probable that China will surpass the United States to become Apple’s most important market. While regulatory crackdowns like this Apple ruling make for scary headlines, Apple investors should stay the course.

Before investors rush for the exits, it’s worth noting that Apple stock has a number of things in its corner to defend against further downside.

First, the stock is extremely cheap.

At its June 20 closing price of $95.10 per share, Apple shares trade for just 10 times earnings. That’s about half the valuation of the S&P 500 Index, meaning Apple is already priced for virtually no growth. Even if Apple’s future earnings were to fall by 25%, the stock would still be cheap at 14 times earnings.

But even that much of an earnings decline seems unrealistic, given the fact that Apple typically generates significant growth from the release of new iPhone models. And, there is the growth potential from new releases of a host of Apple’s other products, as well as penetration into emerging markets, such as China, but also in new markets like India.

Second, Apple has a massive amount of cash on the balance sheet, which itself provides a margin of safety. At the end of last quarter, Apple held $232 billion of cash, marketable securities, and long-term investments on its balance sheet.

As its comparables become easier next year, Apple has a good chance of returning to earnings growth in fiscal 2017. Therefore, if anything, investors should view the short-term pessimism as a buying opportunity.

The Ghost of Steve Jobs
Before he died, Steve Jobs gave an interview to the New York Times where he revealed his desire for Apple to create something unlike anything the world had ever seen. Though Jobs is no longer around, his dream for this technology is alive and kicking. According to global consulting firm KPMG, this technology “could provide solutions to some of our most intractable social problems.” And Morgan Stanley believes it could save the American economy $1.3 trillion each year.