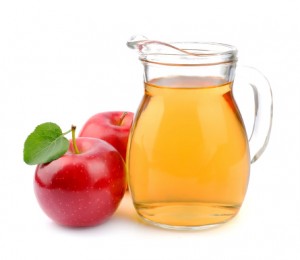 By all accounts, Apple is a growth company. Revenue in the latest reported quarter was up 33% year-over-year. EPS was up 45%. Revenue from iPhones – the key growth driver – was up 59%. Services revenue, driven by the App Store, hit a new record. Mac sales remain strong.

Any other company endowed with Apple’s growth rates would command a price-to-earnings multiple of 25 or more. Not so with Apple – its shares trade just north of 14. Stranger still, Apple actually trades at a discount to the S&P 500. Apple is a growth stock, but it’s priced as a value stock.

Apple has had a decade-long run of extraordinary success. Today, though, its girth weighs on its valuation.

Investors are on edge. They are sensitive to signs of slowing growth. At the same time, they continue to hold Apple to gold-standard expectations. Apple sold a record 47.5 million iPhones last quarter, but this barely exceeded the consensus for 47.3 million. That iPhone sales failed to blow past the consensus left many analysts flat. Apple shares sold off 8%.

To be sure, Apple’s growth rates will return to earth eventually. Low double-digit, or even high-single digit, annual growth is likely the norm within the next five years. Given the expected reality, Apple shares are unlikely to benefit from P/E multiple expansion.

This doesn’t mean investors should expect Apple’s stock to flat-line. The shares could receive a boost if favorable political winds begin to blow in Apple’s direction.

Apple is a cash-generating machine. Its coffers are bursting at the seams, with over $200 billion in cash and other liquid investments. The problem is that of most of this horde is housed overseas. It’s housed overseas for a reason: If Apple were to repatriate these assets, it would owe U.S. corporate income tax on them. The rate to be paid to Uncle Sam – 35% – is the highest among developed countries. Best to leave it over there.

As for those favorable winds, a bipartisan proposal, to be introduced soon in Congress, would tax the estimated $2 trillion in foreign profits held by Apple and other U.S. corporations at a much lower rate than the current 35%. A new rate has yet to be specified, but Beltway insiders have hinted that it could be lower than the 14% President Obama proposed early this year.

More cash available to Apple means more cash that will flow to investors. Apple is already a master at returning excess capital to its owners. In April, the company announced it would increase its capital return program by $70 billion – to $200 billion – and an additional $50 billion would be returned through share buybacks. The annual dividend was increased 11%.

So far, $126 billion has been returned though buybacks and dividends. (Click here to learn how to multiply the Apple dividend in just a few easy steps).

Apple initiatives to drive value are underappreciated. Many investors fail to see how share buybacks, in particular, drive value. Allow me to explain.

Over the trailing 12 months, Apple reported $50.7 billion of net income. On the current reduced share count this comes to $8.78 per share. If the old share count from two years ago remained, EPS would be nearly a dollar less. In other words, a P/E multiple of 14 translates to $14 of market value thanks to earnings spread over fewer shares. That’s every bit as real as a cash dividend.

Now consider this: If Apple were to gain access to the nearly $180 billion stashed overseas, you could be sure buybacks and dividends would rise further still. I would also expect this elevated return of capital to be supplemented by a special dividend of a couple bucks per share.

So, even if Apple continues to command no more than an average value-stock P/E multiple, that doesn’t mean investors should expect Apple to generate just an average return.