The British pound is alive, which proves times change. 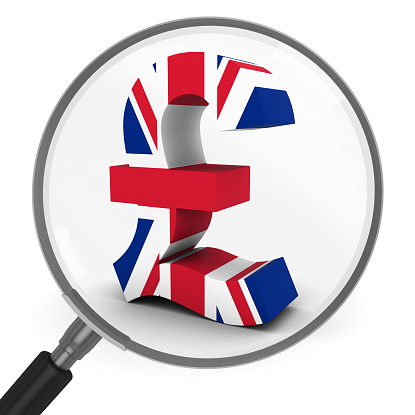 A year ago, the pound was left for dead following the Brexit vote. The pound sank to a multi-decade low against the U.S. dollar in January. It hovered at the low for several weeks after.

But no more. The pound is on the move, rising 11% over the past six months. More gains could follow.

Additional pound appreciation could occur now that the Bank of England may need to hike interest rates sooner than later after the surprise news of rising inflation. Higher interest rates frequently lead to higher currency value.

U.S.-based income investors are poised to profit, if they know where to invest and what to invest in. I know.

London-based Aviva Plc (OTC: AVVIY) is one of Britain’s largest insurance companies, with over $73 billion in annual revenue. Aviva offers an array of insurance and financial products, but life insurance is the horse that pulls the cart. Life insurance operating income is up 8% year over year, which continues an established trend.

The Pull of the Aviva Dividend

Aviva maintains financial discipline as it grows. It sports a solvency II coverage ratio – a ratio regulators use to measure safety – of 193%. This is one of the top coverage ratios in the U.K. market. Its balance sheet holds $15 billion worth of surplus capital.

Aviva maintains one of the strongest and most resilient capital structures among all life insurers.

But the Aviva dividend is the real draw.

Another Aviva dividend is on tap.

Oct. 4 is the ex-dividend date. The Aviva dividend yields 4.3%. But the yield could easily rise for U.S. investors on a rising British pound.

U.S. investors don’t actually hold the British shares; they hold American depositary receipts (ADRs). The ADRs are bought and sold as easily as any share of stock.

Each ADR is backed by two common Aviva shares. Aviva will pay 8.4 pence per share, or $0.112 per share at the going exchange rate. Each ADR represents two shares, so U.S. investors should expect $0.224 per ADR — a 22% increase over the dividend paid this time last year.

More Aviva dividend income is on the way for U.S. investors.

Aviva paid $0.41 per ADR in April when the pound was significantly weaker vis-a-vis the dollar. Another 20% increase next year would lift the semi-annual payment to $0.49 per ADR. The Aviva dividend increase in dollars would lift the forward yield to 5.2% from 4.3%.

If the Bank of England were to begin raising interest rates, the pound is likely to continue to appreciate. Pound-denominated fixed-income investments become more attractive compared to their dollar-denominated counterparts.

The shares will rise if management continues to hit its growth objectives. The dollar-denominated ADRs will rise more than the ordinary shares if the pound continues to appreciate. A rising pound converts to a rising price for the dollar-priced ADRs.

And if I’m wrong, which I don’t think I am? You’ll still own an elite financial company that’s determined to become an elite dividend-growth company.

You also own an investment with a 4.3% starting dividend yield.