Last week, I wrote that big bank dividends looked to be in danger. I hate that I was right. 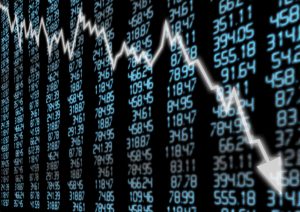 I can show you how to replace that lost income.

Low prevailing interest rates have kept bank earnings down for a while now.

Then, the COVID-19 pandemic hit, potentially tipping a lot of loans into default.

It posted a $2.4 billion loss in the second quarter, which works out to $0.66 per share. Analysts have been expecting a $0.20 per share loss.

The bank has been operating under nearly a dozen consent orders because of the fake account scandal. There is also an order from the Federal Reserve that caps the bank’s growth.

As a result, it has been making loans that aren’t necessarily of the best credit quality in order to grow profits.

The then COVID-19 pandemic struck. That’s made many of its loans look even dodgier than before.

Because of those even weaker loans, the Federal Reserve required Wells Fargo to set aside $8.4 billion to cover any potential loan losses.

To help the bank conserve cash, it has slashed its bank dividends from $0.51 per quarter to just $0.10 going forward.

Its condition is not nearly as bad  as Wells Fargo. JPMorgan reported net income of $1.38 per share, down more than 50% compared to last year, but much better than analysts had predicted.

It too had to set aside more money to cover loan losses, adding $9.3 billion to its reserve fund. But it has had its growth capped by the Fed or had to deal with all the regulatory hurdles that have plagued Wells Fargo.

Despite adding to its loan loss reserve, JPMorgan will be maintaining its quarterly $0.90 bank dividends.

JPMorgan didn’t come out completely unscathed, though. The bank is suspending its share buyback program.

Still, that is a clear sign that even well-run banks are feeling the pinch these days.

I said it last week and I’ll say it again: For now, I would avoid banks and most financials until we get a clearer view of when this pandemic might end.

In the meantime, you can boost your income with a few quick overnight trades. In just five minutes a day, you can turn $5k into $2.8 million in just a few short years.