Coal is stuck in a massive downturn. Prices and demand for coal have declined at the same time, creating a one-two punch that has pushed many coal companies to the brink and beyond. The reasons for the collapse include rising public and regulatory scrutiny of coal, plus extremely low natural gas prices, which prompted traditional end-users like utilities to switch to natural gas. 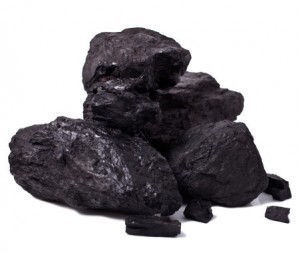 The coal industry was hit again last week, when Peabody Energy officially filed for bankruptcy. Peabody, which was founded in 1883, was the largest private-sector coal company in the world at one point.

Several bankruptcies have come to pass in the coal industry in just the past two years. But one coal company remains in relatively good standing: Alliance Resource Partners (NASDAQ: ARLP). For investors with a high degree of risk tolerance, Alliance might be the only stock worth considering in the entire industry.

Coal Industry on the Brink

The situation unfolding in the coal industry could be best summed up as an unmitigated disaster. Coal companies are going bust at an alarming rate: Peabody Energy is joined by Alpha Natural Resources, Patriot Coal, Walter Energy and Arch Coal in bankruptcy.

These companies were felled by high costs and exorbitant debt loads. It might sound crazy to suggest, but the other coal companies’ pain could be Alliance’s gain. With so many other companies going down, Alliance Resource Partners can scoop up assets on the cheap. For example, last year it acquired 3.7 million tons of Illinois Basin supply from Patriot Coal.

One reason that Alliance has survived thus far is the unique operating advantage of its low-cost structure. Its coal mines are located close to its customers, which helps keep production and transportation costs low. In addition, it focuses on thermal coal from the Illinois Basin, where economics are better than other areas.

As a result, the company has remained profitable. Alliance still earned $306 million in profit last year, despite the broader industry downturn. It realized record volumes of coal produced and sold, which is impressive given what a terrible year it turned out to be for the commodity.

Amazingly, Alliance Resource Partners has not cut or eliminated its distribution to this point. Management kept the dividend unchanged last quarter. Previously, it had increased its distribution for the past 29 quarters in a row. But in light of the industry’s woes, it’s reasonable to wonder if and when the company will be forced to slash its payout.

If Alliance can somehow make it through this crisis without cutting the distribution – however unlikely that may seem – it would be a compelling investment. The $2.70 per unit distribution results in a whopping 18% yield right now.

Such a huge yield is a clear sign that investors don’t want to touch this stock. The units are down 52% in the past year. That speaks to the severity of the current crisis, and the great deal of uncertainty surrounding the coal industry.

With so many coal companies going bust left and right, it’s reasonable to assume the entire industry is on its way out. This could indeed be the end result, if the trends continue. However, if there are any survivors, Alliance Resource Partners is likely to be among them.

Alliance’s 18% yield could certainly be cut in the near future if the economics in the coal industry continue to deteriorate. The market is clearly not convinced in the company’s future prospects: units trade for just 7 times earnings.

But if the coal industry bottoms and sees any recovery, Alliance could be a deep-value play for contrarian investors.