An investment legend is warning that the next bear market is just around the corner. 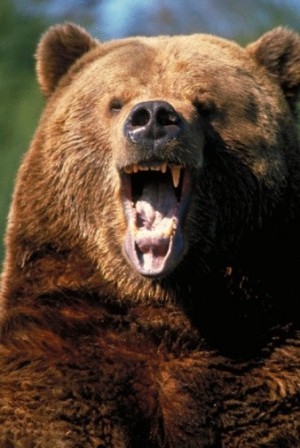 He correctly called the last global financial crisis, yet still made billions of dollars in the market.

Click here to find out how you can, too.

Ray Dalio is an investment legend, and when he says the markets are in trouble, people listen. Especially when he puts his money where his mouth is.

Dalio has been sounding the alarm, warning that too many investors believe that stocks that have run up are “better rather than more expensive.” He’s also been preaching the value of diversification in a bear market, which can reduce your risk without reducing your return.

So, what’s he so worried about?

Last month, he made a LinkedIn post which laid out a gloomy view of the global economy, titled “The World Has Gone Mad and The System Is Broken.”

He’s also bothered by all the tech companies which have gone public – with no profits – but have still managed to sell stock to the public. He worries that those companies are selling dreams, not sustainable businesses.

He’s also worried about the massive government deficits around the world, which will require even more debt to be sold just to keep governments running. That’s eventually going to require interest rates to jump to levels that would be “devastating for markets and economies because the world is so leveraged.”

Why should you care what Dalio thinks?

From his modest beginnings growing up in Queens, the son of a jazz musician, he went on to found Bridgewater Associates. It manages about $160 billion in global investments and runs one of the world’s largest hedge funds. Now personally worth nearly $18 billion, one of Dalio’s greatest claims to fame is correctly calling the global financial crisis in 2007.

Dalio is so pessimistic, his hedge fund is betting against the stock markets. It’s laid on $1.5 billion worth of complex bets that either the S&P 500, the Euro Stoxx 50, or both, will fall by March. Granted, that’s less than 1% of the fund’s assets, but that’s still a massive wager that shows just how worried Dalio is.

What’s the average investor, who can’t afford to make $1.5 billion bets, to do about the coming bear market?

As evidenced by his hedge fund, he also believes in diversifying across investment strategies. Based on what information is publicly available, his fund holds stocks and bonds, and uses options and futures strategies.

Sign up for our free, no-obligation workshop, and we’ll show you how to invest like Ray Dalio. You can use his strategy to lock in $1,098 or even $5,244 in extra monthly income just by mimicking Dalio’s investment strategy.

All you have to do is sign up now, and I do mean now. Space is limited and it’s filling up fast.