I have long thought that market overreactions are great buying opportunities for long-term investors. These overreactions are usually incidents that drive stock prices, despite the fact that the underlying company is still strong.

The Deepwater Horizon incident of 2010 created a number of buying opportunities. However, over four years later, one company still appears to be on sale. At the same time, it offers one of the highest dividend yields in the market.

The best dividend stock you might be missing is Transocean (NYSE: RIG). One of its rigs exploded and sank in the Gulf of Mexico as part of the Deepwater Horizon incident. 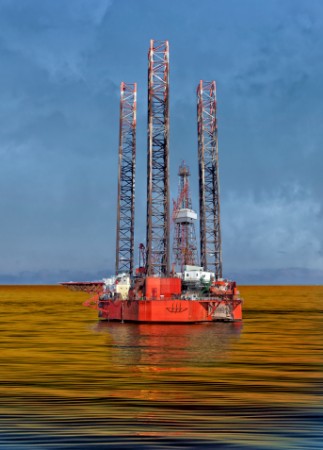 But Transocean (NYSE: RIG) was still a solid company. The stock is still 50% off its $90 price tag just prior to the Deepwater Horizon incident. However, the likes of BP (NYSE: BP) and Halliburton (NYSE: HAL), both having ties to Deepwater, have both recovered nicely.

Despite being hated by the market, Transocean is one of the best dividend stocks around.

Transocean is the largest offshore drilling rig contractor in the world. Its focus is on deepwater drilling activity. It started paying its first dividend in nearly a decade back in 2011. But quickly halted its dividend payments in 2012, noting that it needed to protect its balance sheet given the Deepwater Horizon uncertainty.

At the annual meeting earlier this year, Transocean boosted its dividend by 34% at billionaire Carl Icahn’s prodding. Its annual dividend payment jumped from $2.24 to $3 annually. Prior to the boost, Transocean was yielding roughly 5.1%. Now its dividend yield is an enticing 6.8%.

While the payout of earnings is 66%, it’s only a 56% payout of operating cash flow. Relative to the rest of the drilling industry, Transocean’s 60% debt-to-equity is very reasonable. It also has enough cash to cover 12.5% of its market cap.

As of the end of the first quarter, Icahn still owned around 9.5% of the company.

He first started buying up shares of the company in early 2013, around the same time that Transocean reached an agreement with the Department of Justice, which resolved criminal and certain civil charges. Transocean was slapped with a $1.4 billion fine as part of that agreement. It’s also worth noting that other civil charges are still pending in U.S. District Court.

Transocean appears to be committed to becoming more shareholder friendly.

It’s forming a master limited partnership, which will own 51% of three of Transocean’s deepwater drilling rigs in the Gulf of Mexico. The move will allow Transocean to raise around $350 million via an IPO of its MLP. But it also gives the company a mechanism for boosting liquidity by shifting assets off its balance sheet to the MLP.

The shift to offshore drilling is accelerating.

As the onshore drilling market becomes crowded, and the potential for more land-based oil finds dwindle, the increase of deepwater drilling is very real. Transocean already has a very strong backlog and only stands to further profit from increased drilling. With $26 billion in backlog, that’s over 2.7 times its trailing twelve months revenues.

Transocean trades at a P/E of 10.5 and just below book value. Coupling its cheap valuation with Wall Street’s expectations for earnings growth and Transocean is a growth at a reasonable price stock. Its P/E to growth (PEG) ratio is a low 0.7.

It appears to be making headway with the help of Icahn’s guidance. As the company remains focused on becoming more efficient and shareholder friendly, its valuation could easily trade more in line with major peers in the near future.