Charlie Brown will finally kick the football after all. Federal Reserve officials will finally raise the federal funds rate at their next meeting after a year of psyching out the market. 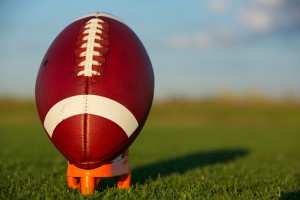 At least that’s how traders are betting. Federal funds rate futures contracts are priced with a 68% probability that the Fed will raise the fed funds rate next month. Contracts have been vibrating around the 70% probability mark since the blowout jobs report last Friday. These are the highest probabilities offered this year.

Of course, Charlie Brown could once again find himself supine, eyes fixed on the sky above. The ball could once again be extracted at the last second; the Fed could decide to hold the fed funds rate near zero.

But let’s go with the odds. Let’s say interest rates will rise. What’s an income investor to do?

Business development companies (BDCs) fit this fixed-floating paradigm better than most. BDCs borrow at one rate and lend at a higher rate to middle-market companies – that is, companies with sales between $20 million and $200 million. If interest rates rise, capital costs remain stable. On the other hand, the rate on floating-rate loans rises to generate more interest income.

That said, income investors need to tread carefully. Many BDCs are little more than gussied-up junk-bond funds. Default risk runs high. This is one reason the ETRACS Business Development Company ETN (NYSEArca: BDCS) is down 15% over the past year. Quality matters.

Ares Capital Corp. (NASDAQ: ARCC) is one of the few quality companies in the sector. It also happens to be the largest. Ares’ $8.7 billion investment portfolio is composed of 200 investment companies that cover a wide range of industries: health care, consumer products, manufacturing, retail, container packaging and financial services.

Of these investments, 91% are secured loans and debt. Of the loans, 81% are floating rate. The weighted average yield on the entire investment portfolio is 9.4%.

On the other side of the ledger, Ares has $3.7 billion in debt financing. Over 95% is fixed rate, with an average interest rate of 5.2%. The current spread between the average rate earned on investments and the average fixed-rate debt rate is 4.2 percentage points. This spread will surely widen if the Fed pulls the trigger next month.

The potential for more income has yet to resonate with investors. At the end of the third quarter, Ares’ net asset value (NAV) per share was $16.79, a $0.08 increase compared to the NAV a year ago.  This time last year, Ares shares were trading at a 2% discount to NAV. Today, they trade at a 9.3% discount. Over the past decade, Ares shares have typically traded at a 5% to 10% premium.

Ares shares have been held in check since it announced that a successful syndicated lending relationship with General Electric’s (NYSE: GE) GE Capital unit will wind down. Investors are worried Ares will be unable to reinvest the capital tied up with GE at the same remunerative rate.

I don’t see the dissolution of the GE relationship as an issue. Since the announcement a couple months ago, Ares has already formed new ventures with Varagon Capital Partners and insurance giant American International Group (NYSE: AIG). What’s more, GE’s exit puts Ares in a better position to expand its portfolio of first-lien senior loans.

In short, Ares offers the potential for a rising income stream if the Fed raises interest rates. And if the Fed doesn’t raise interest rates, investors still get a stable source of high-yield income on the cheap.

Of course, BDCs aren’t the only place where you can find high-yield income. This sector offers plenty of opportunities.