With all the dire headlines about the falling price of oil, it’s important to remember cheap oil brings with it some good news, too. Gas prices are lower, which puts money back in consumers’ pockets. That’s spendable cash.

With the U.S. economy humming along, consumers are looking to buy, so investors should look to where consumers are going to spend their money. One place is a discount retailer that might surprise you: Target (NYSE: TGT). 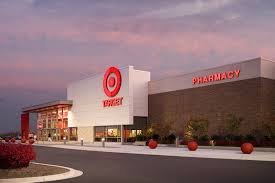 It’s well known that Target had a rough year in 2013, with its data breach from security hackers. Consumers temporarily lost trust in the retailer and predictably spent less. After a CEO change and a net expense of several hundred million dollars, Target began, though not easily, to rebuild its goodwill with customers.

Earnings in 2014 eventually improved from the security disaster, but Target faced a second misstep, this time with its Canadian operations. Simply put, Target’s expansion into Canada failed. So it’s closing its Canadian stores and will write down $5.4 billion in pre-tax losses.

The security breach and the Canadian exit shouldn’t obscure the underlying strength of Target. The retailer, which grew sales 1% in its third quarter and earnings by 3% to $352 million, shows great resilience. And why not? Despite its two near-disasters, Target’s historically been otherwise well-managed and is poised to benefit from another rising tide: the improving U.S. economy.

The U.S. economy has been growing. Robustly. According to the US Commerce Department release in December, 2014, the real GDP for the third quarter grew at a rate of 5%. This follows a real GDP increase of 3.9% for the second quarter.

With oil selling at around $46 a barrel, gasoline prices now hover at just over $2 a gallon at the pump. This puts thousands of spendable dollars back in shoppers’ pockets.

Growth has been slowing for some time in the emerging markets, where China had been the economic engine. Much of the rest of Asia has followed suit. No-growth Japan has been a constant for quite awhile.

Now the European economies have sagged once again, where the European Central Bank has lowered interest rates and appears ready to launch its own quantitative easing.

An increasingly stronger dollar has only reinforced that the U.S. economy is performing the best of the major world economies right now.

Investors might wonder why Target should be singled out as a beneficiary of all this. After all, there are other formidable retailers, with Wal-Mart Stores (NYSE: WMT), Kohl’s (NYSE: KSS), Costco (NASDAQ: COST) among them.

Wal-Mart has struggled with its own set of public relations problems with its workforce, and it has a large exposure to foreign markets–including emerging markets. Currency exchange rates also impact negatively on earnings.

With its Canadian exit, Target’s focus on its U.S. market becomes that much more potent.

Target in a Sweet Spot

Target has found and maintained its niche as a retailer. Unlike Sears Holdings (NASDAQ: SHLD) or JC Penney (NYSE: JCP) with their confused retail identities, it has positioned itself consistently as a “premium value” discounter. This means Target is perceived as a level above Wal-Mart yet there’s enough value pricing to maintain budget shoppers’ loyalty. It’s executed this market well, better than competitor Kohl’s, for example, so this is another positive.

Target has also quietly been a steady dividend payer, and dividend raiser. It currently yields 2.8%, and has paid dividends for 47 years. It’s raised its dividend an average of more than 20% per year for the last decade.

With Target’s renewed focus, fueled by cheap oil and bolstered by its operations in a strong U.S. economy, estimates have the retailer earning a healthy $1.45 per share in continuing operations for its fourth quarter of 2014 and $3.98 for the full year.

More importantly, Target is set to grow in 2015 and beyond.