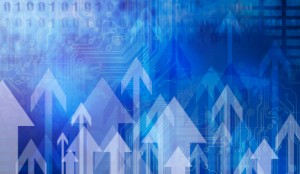 Few investors want to see this year come to an end.

Put simply, 2013 has been the best year for stocks in at least a decade. To date, the S&P 500 has returned 26.5%, putting the benchmark U.S. index within reach of its best year since 1997. Stocks have reached new record highs on almost a weekly basis, it seems.

Given that strong performance across the board, becoming one of the best stocks for 2013 required a truly Herculean effort. And that’s exactly what the following five stocks have achieved: returns that managed to wow even in one of the most bullish years in recent memory.

Who would have thought a seemingly dying drugstore chain was capable of becoming one of the best stocks for 2013?

How did Rite Aid manage it? For starters, the company posted its first annual profit in seven years during fiscal year 2013. Rite Aid’s FY 2013 EPS was 12 cents – much better than the 43-cent per share loss the company suffered a year earlier.

The company has clearly turned a financial corner. After zero positive quarters since the financial crisis, Rite Aid’s EPS has now been in the black for five consecutive quarters. Having been a laggard in the drugstore sector for years, Rite Aid finally played catch-up in 2013. And then some.

The two biggest winners in our premium $100k Portfolio have also been the two premier tech stocks of 2013.

Tesla took off this year, soaring 305% on the strength of its Model S luxury electric cars. The sedan’s first-quarter debut boosted the company to its first profitable quarter ever. A glowing crash test later in the year only further fueled fervor over this groundbreaking company.

Netflix achieved its 282% returns in a very different way. The video on-demand giant was a former Wall Street darling before falling from grace two years ago after CEO Reed Hastings made a series of very public blunders. That wave of bad publicity has passed, however, and this year Netflix soared higher than ever before.

At $355 a share, Netflix is 545% ahead of where it was at its nadir, when the stock dipped to $54 in September 2012. New movie deals with the Weinstein Co. and Disney – plus further expansion into places like Latin America and Europe – have helped fuel Netflix’s remarkable turnaround.

Barely a year removed from being down in the dumps, Netflix was again the toast of Wall Street in 2013.

This semiconductor company has been red-hot all year. Improving revenues and EPS have been part of the story. So has the involvement of famed hedge fund manager David Einhorn, who last month called Micros his “new best idea.”

What’s incredible is that despite more than tripling this year, Micron shares remain cheap on a P/E basis, trading at just nine times forward earnings.

What a year for this big-box retailer.

Wall Street had all but left this stock for dead a year ago, when share dipped to a decade low of less than $12. Now it’s trading above $41 a share.

In danger of being forced out of business by online retailers, Best Buy lowered prices on its electronics to match the likes of Amazon, Wal-Mart and Target. As a result, sales have skyrocketed, and customers have returned.

The lower prices have put a bit of a dent in Best Buy’s profit margins. But the short-term sacrifice should continue to help the company regain customers – and investors – over the long haul. Well, those are our picks for the best stocks of 2013. What are yours? Let us know in the comment section below.