As a quantitative trader who leans towards a contrarian approach, I use the beginning of each year to evaluate the most beaten-down sectors over the past year as I research the best trades ahead. 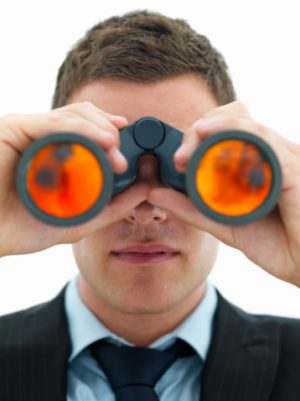 So, as I rolled through the various sector and country ETFs, I stumbled on a few potential opportunities, which I plan to discuss over the next few weeks.

But the one sector that caught my fancy was energy, more specifically the oil sector.

Crude prices were ravaged by a COVID-induced demand slump amid a supply glut. It was the perfect storm . . . and for a brief moment, one that led the price of oil to actually dip below $0 a barrel in late April.

But now, eight months later, prices have pierced the psychological level of $50 a barrel.  Over the long term, my thought is that we will once again hit $100 a barrel, if not over.

When will it occur?  Well, that’s anyone’s guess and I’m not in the game of guessing. I don’t have a crystal ball. However, by continually using the strategy I’m about to explain, you will have the ability to take advantage of a march higher, regardless of how long it takes. But remember, you must be bullish on the sector over the long term.

Selling puts is an inherently bullish strategy and one that allows us to make a return while we wait for the stock or ETF to hit the price of something we want to own . . . preferably over the long-term.

Investors who sell puts are obligated to buy the underlying stock if the put buyer decides to exercise the right to sell. Again, put sellers want the price of the underlying stock or ETF to rise so they may buy back the put at a lower price or simply let the instrument expire worthless.

The ideal situation for a put seller is for the price of the stock or ETF to move above the put’s strike price at expiration, thus rendering the put worthless. The put seller will have captured all of the premium as profit.

The strategy has the potential to be the highest probability of any strategy in the investment universe.

Put selling is the synthetic equivalent of a covered call, but with far better benefits. Both strategies have the same risk/reward profile, meaning they have the same net investment and profit potential. If all works out as planned, selling puts allows you to generate a steady stream of returns without actually owning any stock. And if you want to own a certain stock, you can purchase it at the price you want. But as a stated before, the best part of using a put selling strategy is that while you’re waiting for the stock to hit a specified price, you are able to continuously collect premium . . . essentially getting paid to be an investor.

So, why would you ever set a limit price when you could sell puts and collect premium while waiting for your price to hit? That wouldn’t make sense.

Best Trades: Will Chevron Be One?

Chevron is a stock I like to sell puts on (and covered calls for that matter). It’s a company that I feel comfortable owning for the long haul mostly due to its unwavering quest to please shareholders.

The company continually buys back stock and pays a healthy 5.6% dividend. The stock is currently trading for $91.77. Remember when I said we want to get paid to be investors? Well, given our desire to own Chevron at, say, $82.50 – we can get paid. Think about that: we can get PAID to agree to buy a stock at our preferred lower price. AS you can see in the image below, we can sell one put contract that gives us the ability to buy 100 shares of Chevron at $82.50 a share – and collect roughly $145 in premium.

And no matter what happens, we get to keep that $145. If Chevron stays above $82.50, the $145 we collected is ours. But for the sake of understanding, we should examine the alternative – Chevron closing below $82.50 at option expiration. In that case, we would keep the $145 in premium and be forced to buy Chevron stock at $82.50 per share.

The important thing to remember is that if the stock trades below $82.50 by option expiration, you become a shareholder just like everyone else . . . but at a discount.

Plus, you get the quarterly dividend going forward of at least $129 per 100 shares.

And remember, you can continue to sell puts on Chevron for months on end, that is, until it closes below your chosen strike price at expiration.

The best part: Once that occurs, you are issued stock that you want to own,  and you now have the ability to sell calls against it. I will discuss this aspect of the strategy and best trades in next week’s edition of The Strike Price.