While most people would consider 2019 to have been a year of growth and appreciation – the S&P 500 rose nearly 30% without any major hiccups or corrections – dividend investors did pretty well, too. The average payout on S&P 500 dividend stocks rose more than 8% over the course of the year. 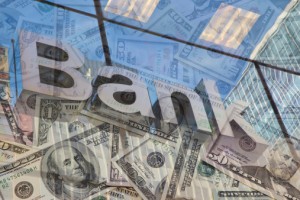 Tax reform was a major driver of that growth. While pretax profits are down 13% over the past five years, researchers at the Minneapolis Federal Reserve have found that after-tax profits are at a record.

Much of the dividend gains also came from the financial industry, particularly the big banks. For instance, Bank of America (NYSE: BAC) boosted its payout 20% last year, as did First Bancorp (NASDAQ: FBNC), the fourth-largest bank headquartered in North Carolina.

There were a lot of reasons for financials and big banks to be dividend growth leaders. Despite low interest rates, financials successfully navigated the tough environment through smart loan growth and strong underwriting.

And, as any bank customer knows, fees have become a fact of life, and many banks were able to raise fees or even introduce new ones in 2019. For instance, Bank of America increased its fee income 27% last year, though that was mostly on the investment banking side of the business.

Perhaps the biggest driver of financial dividend growth was the fact that regulators finally freed up some of the huge piles of cash banks were sitting on. After the last financial crisis, banks faced new liquidity requirements, forcing them to hold on to more cash in case another crisis struck. Now, more than a decade later, regulators have finally been loosening their grip on bank’s liquidity ratios. That frees up about $40 billion for other uses.

To the credit of the big banks and all the other dividend payers, much of that cash could have gone to “one-time” uses. Acquisitions, stock buybacks, even bonuses, can all create value for shareholders, but those are one-and-done sorts of deals. Dividend increases, on the other hand, create long-term value, as well as helping the companies stand out from the competition.

Just because higher dividends have the potential to create more value doesn’t mean they will. If those dividends aren’t sustainable and have to be cut, the investors retribution will be sharp and swift, and 338 companies cut their dividends last year. So, you can’t just pick the highest yielders and hope for the best.

We can show you how to navigate the potential minefield of increases and cuts.

But you must act fast – space is limited and it’s filling up fast!