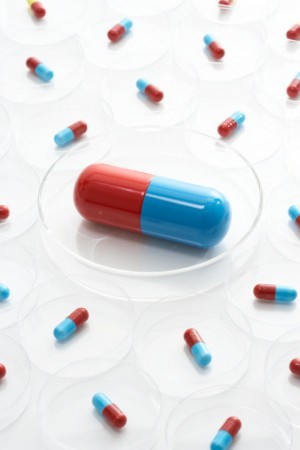 On the whole, earnings reports out of Big Pharma have been fairly good this earnings season. Companies have mostly beaten expectations, particularly on earnings, due to their ability to significantly cut costs.

Now that Big Pharma has concluded this round of quarterly earnings, here are some of the top performers, plus my pick for the best stock in the group.

Pfizer was a notable standout in a broadly strong earnings season. The company beat Wall Street forecasts on both revenue and earnings last quarter and raised its full-year guidance, which is a rarity in corporate America right now. Many big multinational companies are struggling to grow  due to the strong U.S. dollar and weakening economic growth in the emerging markets.

On a year-over-year basis, Pfizer’s revenue jumped 20%, thanks largely to sales of new cancer treatments as well as its acquisition of Hospira.

Sales fell short of projections because Merck is seeing continued weakness in some of its older legacy drugs like Remicade. It’s banking on newer drugs like Keytruda and its hepatitis C treatment Zepatier to boost sales going forward, although this will take some time.

Big Pharma did a good job overall of beating expectations last quarter. One notable exception to this was biotech giant Gilead Sciences (NASDAQ: GILD), which reported a disappointing quarter. And yet, Gilead is my top Big Pharma stock pick, because it’s absurdly cheap.

Gilead stock trades for just seven times trailing earnings per share and six times forward EPS estimates. The reason is because investors are worried that the high growth rates seen in recent years will not last.

Indeed, the high growth seen in 2015 and in prior years was due largely to the huge success of its Hepatitis drugs Harvoni and Sovaldi. There is a concern because these two drugs, which collectively generated $4.2 billion of sales in the first quarter, now represent approximately 55% of Gilead’s total revenue.

It is true that growth in these two product categories is beginning to slow down, as competition has heated up from rivals like Merck. Gilead’s worldwide sales of Harvoni declined 15% last quarter, compared to the year-earlier quarter. This is particular concern because Harvoni itself is a $3 billion drug by revenue each quarter.

Because of this, Gilead’s total sales were $7.8 billion in the first quarter, up 2% from the same quarter last year. The company still achieved growth, but at a far slower rate than in previous periods.

Why Gilead Won’t Stay This Cheap for Long

Gilead’s growth is slowing, but at six times next year’s expected EPS, the stock is being priced for disaster. This overwhelming pessimism seems overblown.

Plus, the slowdown in Gilead’s revenue growth could easily be corrected through mergers and acquisitions, given the huge amount of cash on hand. Gilead ended the first quarter with $21 billion in cash, equivalents, and marketable securities on its balance sheet, compared with just $10 billion in current liabilities. It could easily make a significant acquisition or several, which can replenish its future pipeline and add to revenue and earnings growth going forward.

Gilead is still a strong cash-flow generator, and it uses this cash to reward shareholders with an attractive dividend. The company raised its dividend by 9% earlier this year; the current dividend yield is 2.25%, which is higher than the S&P 500 average yield.

Gilead is far too cheap, but if the company can reignite growth either organically or through a big acquisition, it might not stay this cheap for long.