Bojangles’ Inc. (NASDAQ: BOJA) may not mean much to a large portion of the country, but for customers in the Southeast and Mid-Atlantic regions, the fast-food chain known for its chicken and biscuits is quite a fixture with its 700 stores. While the company’s fourth-quarter and fiscal year 2015 results weren’t stellar, the market seemed to take it all with good humor, sending Bojangles’ stock up 23%. Let’s see if there’s something beneath the headline numbers that cheered investors so much. 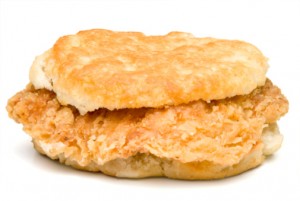 There’s nothing here at all to excite me. In fact, expenses rose by about 11%, which offset the revenue gains. Indeed, looking at the full-year results, the previous three quarters were far better.

Was there something fantastic in the guidance for 2016? Revenues are pegged to increase about 10% on comps in the low-single digits, with 60 to 65 new stores. General and administration expenses are expected to be flat, so that is certainly good news along with the comps increase.

Let’s move on to the cash flow statement. It looks like operating cash flow rose 10%, from $41.6 million to $46.5 million. That’s nice but not blockbuster numbers. Free cash flow of $33.5 million was basically flat. So I see nothing here.

Perhaps investors suddenly realized Bojangles was undervalued? Well, prior to earnings, the stock was at $15.03. At $0.90 per share for FY16 earnings, it was trading at about 17 times earnings. Now it trades at 20.5 times earnings. The problem is that earnings are only increasing next year at a rate of 9%, although analysts do say that five-year annualized earnings are expected to grow by 15%.

Arguably, were that true, one might say that paying a price/earnings-to-growth ratio of 1.4 for a true 15% grower might be reasonable. However, I’m more inclined to think that investors saw the big 30% increase in net income and started buying without asking questions. Because the stock only has 10 million shares available as float, that could create a lot of demand with little stock available to trade, sending shares higher than one might expect.

I think at this point, I would not climb on board Bojangles’. It’s a bit too pricey. However, if you believe the 15% growth target and the stock gives back its gains, it may be worth considering.