Just when it looked like Warren Buffett hated oil stocks, it turns out he’s very bullish on refining. 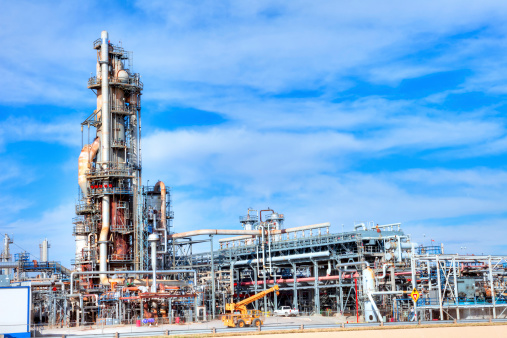 During the first quarter of the year, Warren Buffett’s Berkshire Hathaway (NYSE: BRK-B) sold off two of its key oil stocks. One was Exxon Mobil (NYSE: XOM). The other was ConocoPhillips (NYSE: COP).

Well, during the second quarter he looked like he had sold off two more oil stocks.

The first is National Oilwell Varco (NYSE: NOV). Shares of the oil equipment maker have been cut in half over the last year. Buffett went ahead and cut his losses last quarter by selling his entire stake.

This comes as National Oilwell is still the dominant leader in the drilling equipment space. It makes parts for nearly every piece of equipment on a drilling rig. However, as drilling activity has declined, so has the need for parts. Yet, with the decline in the stock price, it’s now offering a 4.4% dividend yield – which is just a 60% payout of earnings.

Buffett Pulls a Fast One

Then there’s Phillips 66 (NYSE: PSX). Heading into 2014, both Buffett and fellow billionaire Dan Loeb’s Third Point hedge fund were buyers of Phillips 66. I noted in March that Third Point had taken a new stake during the fourth quarter of 2014. At the time, Phillips 66 was the cheapest refiner in the industry, with a healthy balance sheet and returns on capital. And it’s not just a refiner of oil – it also has its hand in logistics (moving oil and gas) and chemicals (benefiting from low natural gas prices).

Since I talked about Phillips 66 in March, shares are down just 1%; meanwhile, the S&P 500 has fallen 6% in the same period. Phillps 66 is still offering a solid 2.9% dividend yield. It’s also still cheap, trading at around 10 times earnings.

But after Buffett released his end-of-the-quarter Berkshire portfolio to the world last month, it looked as if he’d sold off his Phillips 66 stake.

Over the weekend, I had worked some thoughts on “why is Buffett blowing out of oil stocks?” Part of that thought process was trying to defend Phillips 66 and Buffett’s apparent disregard for the refiner.

Then, this week Buffett disclosed he actually made a huge bet on Phillips 66.

Apparently he didn’t sell his stake. In fact, he built his stake in the company up to $4.48 billion and now owns 10.8% of the company. On a pro forma basis, that puts Phillips 66 as Buffett’s fifth largest position, up from 24th at the end of the first quarter.

As Buffett has done in the past, he used his leeway with the Securities and Exchange Commission to confidentially report the Phillips 66 holdings – effectively hiding the position while he was adding shares to his portfolio. He did this with Exxon Mobil in 2013.

Even with the large Phillips 66 stake, Buffett isn’t an all out oil bull. He owns just two energy-related stocks. Phillips 66 is a bet that lower oil prices (and lower gas prices) will drive higher demand for gasoline. Meanwhile, Buffett also owns another energy stock, Suncor Energy (NYSE: SU). This too isn’t your conventional oil stock.

In May, I talked about Suncor as one of Buffett’s three forever stocks. It offers a 3.2% dividend yield and has a strong economic moat. The beauty of Suncor is its long-life assets – its Canadian oil sands don’t see the rapid rate of depletion associated with shale plays. The cash flow for its business is a bit more steady than other oil producers and less risky, given that it doesn’t have to explore for oil.

While Loeb sold 18% of his Phillips 66 position in the second quarter, he too is still finding value in the energy space. Last quarter he was buying Devon Energy (NYSE: DVN) – one of his major new positions.

Devon is an oil and gas explorer, which has been one of the toughest energy industries to own. It’s one of the larger companies focused on oil and gas properties within the U.S., with a $17 billion market cap. It divested its international and offshore assets a few years ago to focus on its core oil and gas shale plays – mainly in the Eagle Ford, Barnett, Anadarko and Permian shales.

Devon’s shares are down 34% over the last three months and it’s now one of the cheapest pure-play North American oil and gas companies. Others haven’t felt the same volatility. This even comes after the company managed to meet earnings expectations last quarter and gave reassurance that it would hit is top line production growth of 5% to 10% for 2015, while also lowering its capital expenditure requirements.

Buffett has made big bets on strategic oil plays, like his refinery and oil sands positions, but Loeb is being very selective as well. The key takeaway for investors looking to play the energy space: be strategic and stingy with your capital.