Gold has gained popularity in recent weeks. The gold price is up 2% since early October. 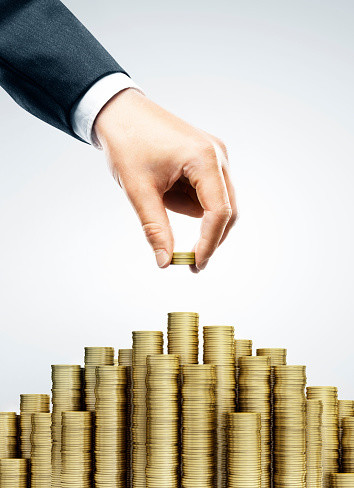 Gold’s popularity appears fueled by asset rotation. Stocks have lost popularity. The S&P 500 is down 7.5% over the same period.

A couple of prominent investors have voiced their opinion on gold vis-a-vis stocks. They hold the former in low regard in relation to the latter.

The Spanish explorers were more obsessed with inflating the money supply (searching for gold) than in exploiting the resources of the New World. Balboa et al. were also less than civilized in their treatment of the New World denizens they encountered.  They were often downright barbarous.

Warren Buffett’s opinion on gold, as you might expect, merges with his confederate Munger’s.

Buffett, in a Fortune magazine article, stated his desire to invest in productive assets, as opposed to gold. Buffett offered a cogent, persuasive reason for his preference.

Buffett noted that a century from today 400 million acres of farmland will have produced staggering amounts of corn, wheat, cotton, and other crops. Those acres will continue to produce that valuable bounty, whatever the currency might be. (Gold is viewed as money to its proponents.)

Exxon Mobil is an apropos contrast to gold. Exxon Mobil offers an enlightening example of the ability of a dividend-growth stock to hedge inflation while simultaneously building wealth.

Hedging monetary inflation is a primary gold draw. But is it more effective to buy gold than a dividend-paying stock like Exxon Mobil?

In 1971, when the United States officially abandoned the gold standard, you could have bought an ounce of gold for $40 an ounce and a share of Exxon Mobil for approximately $2.30 (split adjusted). Through 2018, the gold price has appreciated at a 7.5% average annual rate.

I like dividend stocks like Munger and Buffett. That said, I’m less antithetical to gold than either gentleman.

Gold has a place in many investment portfolios as a “hard asset.” Gold is a proven store of value. Why buy gold? It is a useful portfolio diversifier. Gold reduces portfolio volatility because it correlates negatively with stocks.

That said, if wealth building is the primary goal, dividend stocks are difficult to beat.