Bill Gross may have parted ways with PIMCO, but that doesn’t mean he’s no longer the bond king. But is his fixed income royalty background enough to retain his crown and make Janus Capital Group (JNS) a leader in the mutual fund universe once again? 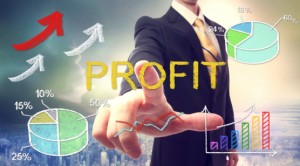 Today, it is likely that more investors are aware of Bill Gross than they are of Janus. But if you have been investing with mutual funds, or paying attention to capital markets since the late 1990s, you’ll recall that Janus funds were the hottest of holdings, capitalizing on the demand for large-cap growth stocks with funds like Janus Mercury, which was so stigmatized following the tech bust that it later changed its name to Janus Research (JAMRX).

Janus’ fall from grace was punctuated by the 2003 mutual fund scandal and lawsuit, along with several other mutual fund companies, where Janus had to pay fines of $225 million for unfair trading practices.

Fast forward about 12 years to today and Janus has more than 350 funds, which includes all share classes and the new acquisitions of INTECH, Perkins Investments, and their latest and potentially greatest acquisition, Bill Gross.

Can Bill Gross do the same for Janus as he did for PIMCO in its glory days? The short answer is probably not. Here’s the longer answer.

At one time, his PIMCO Total Return (PTTDX) was not only the biggest bond fund in the world but it was the biggest mutual fund of any kind in the world, as measured by assets under management. By that time, PIMCO could simply attach the Bill Gross name to any of their funds as a co-manager and it would attract assets. Expanding upon the brand, Bill Gross began spending more time in the public eye speaking on capital markets and economies. He had become the bond king.

But he need not run the biggest mutual fund in the world, nor must his bond king crown shine quite as bright, to revive the Janus brand to something more than just a one-hit wonder, rise and fall story from the respective tech boom and bust.

To bring Janus Capital back to the forefront of mutual fund shops again, Bill Gross must simply prove to the world that he can run a successful bond fund and thus revive his own brand. This attracts capital to the fund and to the fund company. Bill Gross can be the tide that raises all Janus ships, if you will.

Put simply, if Bill Gross has any of his fixed income magic remaining, he can revive the Janus Capital name to a much higher stature than the time before he arrived.

Based upon his words in a 2014 Janus Capital announcement at the beginning of his Janus tenure, Mr. Gross seems intent on focusing his energy on doing just that:

“I look forward to returning my full focus to the fixed income markets and investing, giving up many of the complexities that go with managing a large, complicated organization.”

Gross also just injected $700 million of his own money into his new fund, Janus Global Unconstrained Bond (JUCAX), which in part appears to have made an impact on shares of JNS, which are up over 33% year-to-date.

Now, to keep the assets flowing into JUCAX and potentially into other Janus funds, Bill Gross simply needs to show the kind of results that he has proven many in the past he is capable of achieving.

Personally, I wouldn’t bet against a Bill Gross comeback, which also means a Janus revival.

As of this writing, Kent Thune did not hold a position in any of the aforementioned securities. Under no circumstances does this information represent a recommendation to buy or sell securities.