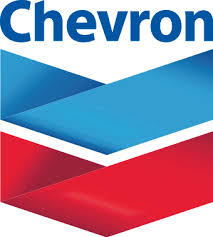 Chevron (NYSE: CVX) reported earnings on Friday and the news was not very good. The company is struggling as oil prices remain at multi-year lows.

It’s all rather weird, because the company blew away the $34 billion estimate on revenues by coming in at $40.3 billion. Even though that was down 30% from last year, it still handily beat the estimates.

Too bad it didn’t get to the bottom line.

It’s also a mammoth downdraft from last year’s adjusted net income of $4.9 billion, or $2.58 per share.

It’s all pretty much due to oil prices, which were at $92 a barrel this time last year, and are now at $50.

To understand where the problems are in the Chevron earnings report, you have to look at each of the company’s four segments.

Upstream operations – or exploration and production – lost $2.2 billion. Of that figure, just over $1 billion came here in the U.S., while $1.2 billion of the loss was generated internationally. To see just how bad things are, last year the U.S. segment posted a $1.05 billion profit and international came in with a profit of $4.2 billion. So, yeah, it’s ugly out there.

On the downstream side, which is basically refining, earnings came in at $730 million after backing out an asset sale. The reason for the profit is because that 9% increase in production filtered into the downstream segment, where the margins are higher.

Ultimately, energy stocks like Chevron are about cash flow. Profit is important, of course, but it’s the cash flow that pays the dividends and gets plowed into new infrastructure and new revenue-generating projects.

Chevron is doing just fine on that front, in the sense that it created almost $10 billion of operating cash flow in the first six months of the year. It spent it all, but that’s OK, because it was spent on the dividend and on two huge new projects that will propel earnings in the years to come.

These projects, named the Gorgon and Wheatstone LNG (liquefied natural gas) projects, are the reason why free cash flow is being sucked up.

Personally, I’m sure Chevron will be around for years to come. I also think it will take a while to bounce back. You first have to compare Chevron to other companies like it. If you like Chevron, then I’d buy only a modest amount here and expect to average down. If you own Chevron and have a five-year or longer time horizon, then hold.