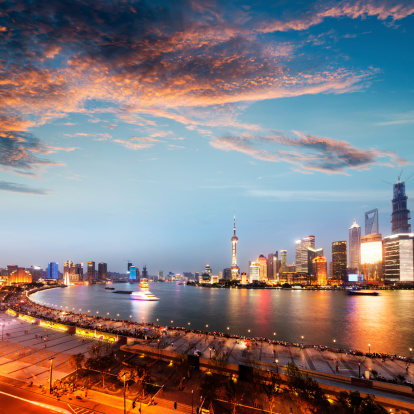 Despite being the talk of Wall Street this week, Alibaba is just one of three major Chinese IPOs that is coming to America during 2014.

We wrote about the Alibaba IPO a couple days ago, offering up five key facts about what could be the largest IPO since Facebook (NYSE:FB) went public back in May 2012.

Here is some key information about each of these major Chinese IPOs coming to the U.S.

Alibaba is easily the largest of 2014’s major Chinese IPOs. The company is an e-commerce giant with operations in business-to-business web services, online retail and payment services for consumers, cloud computing and more. With $150 billion in merchandise sold last year, Alibaba’s various businesses account for 80% of Chinese e-commerce, more business than that of Amazon (NASDAQ:AMZN) and eBay (NASDAQ:EBAY) combined. Yep, combined.

The IPO will likely have ripple effects elsewhere in the market. Yahoo (NASDAQ:YHOO) owns 24% of Alibaba, so a successful IPO could significantly boost Yahoo’s value. It would also give Yahoo an opportunity to sell some of its stake, filling its cash reserves and opening up the possibility of Yahoo completing a huge acquisition.

Alibaba’s IPO is going to be huge, approaching and possibly surpassing the $16 billion raised by Facebook, the third-largest IPO in history.

Weibo is a popular Chinese microblogging site, almost a hybrid of Facebook and Twitter. The site is used by more than 30% of Chinese internet users and has 129 million active monthly accounts. Weibo is 77% owned by Sina Corp (NASDAQ:SINA) and another 19% of the company is owned by Alibaba.

The initial IPO filing suggests that Weibo will try to raise $500 million. Interestingly, the filing included a 56-page disclosure about the operating risks associated with Chinese government censorship. Because Weibo’s business is information and data, and that data is clearly being manipulated and censored to comply with Chinese laws, the IPO will likely scare some investors away.

Still, Weibo’s IPO is expected to be one of the most followed IPOs of 2014.

JD.com is the second largest e-commerce marketplace in China, behind only Alibaba, its direct rival. The company registered its initial IPO paperwork with the SEC in January so JD.com’s IPO could be right around the corner.

JD.com processed 211.7 million orders and earned revenues of $8 billion in the first nine months of 2013, an increase of 70%. Though it’s unclear how much capital JD.com will try to raise in its IPO, estimates suggest the company could be valued between $10 and $13 billion.

Though JD.com is considerably smaller than Alibaba, it is still gaining market share where Alibaba actually lost market share last year for the first time. The IPO will surely draw huge attention from Wall Street and Main Street alike.

It is still too early to tell how worthy these companies are of your investment, though a clearer picture of the companies’ financials will emerge soon. One thing is for sure, however. These three companies are going to dominate the IPO-related headlines for months to come.