As markets buzzed – and many investors sold – in the wake of Cisco Systems’ (NASDAQ: CSCO) fiscal first-quarter earnings report on Thursday, I took note of one particular reference to the company as an “aging tech giant.” It’s a perspective that’s useful now as the company continues to grow, but leaves investors underwhelmed. 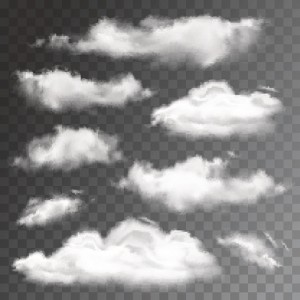 The fact is that while Cisco remains the world leader in networking equipment, it is also a 31-year-old company competing in a startup world, it has more than 70,000 employees in a sector that needs to be nimble, and it’s in a major transition mode as its longtime CEO John Chambers has passed the baton.

There is a lot of uncertainty swirling around Cisco these days, which seems to be the reason why the stock fell about 6% the day after the company reported basically strong earnings.

Sales of routers, the company’s second largest business segment, fell 8%. Its cloud subscription software business – the sector from which Cisco faces some of its greatest competition – still accounts for well under 10% of the company’s total business, even though it is growing rapidly.

Perhaps most important, Cisco’s earnings guidance disappointed investors. The company stated that second-quarter sales are projected to grow 0%-2%, compared with expectations for 5% growth. The company offered only a vague explanation of macroeconomic uncertainty, which seemed to be more of an excuse than the product of serious analysis.

What’s really causing that steep sales slowdown? Cisco is a massive and extremely complex company and we really can’t be certain of the source of that weakness. But some of Cisco’s vulnerabilities are pretty clear. The biggest one is the rise in the cloud, which is transforming business by letting companies replace data centers – and a lot of networking equipment that comes with them – with cloud-based services.

Cloud software, like that offered by Amazon.com’s (NASDAQ: AMZN) Amazon Web Services has been around for some time, but it’s reached a tipping point over the past couple of years. It’s now being used as an alternative to data centers not only by small startups but major banks and corporations as well.

If you’re old enough to remember the earliest days of the Internet when there was skepticism about whether this new way of shopping and communicating would take hold, you probably also remember that the skepticism was short-lived and the transformation was rapid.

That’s where we are with the cloud right now. Cisco has a role to play in this transformation, but it has yet to show that it can play a leading role. As long as it’s regarded as an aging tech giant in search of a new killer app, investors are wise to remain cautious.

One sector you can’t ignore

Fox News says investments in this sector “are set to soar over the next few years whether the public is ready for it or not.” And for good reason: they’re being spawned by the biggest technological breakthrough since the Internet. It’s so big it’s throwing $2.5 trillion up for grabs. Act now, and you can grab a piece of it for yourself. Find out how right here.