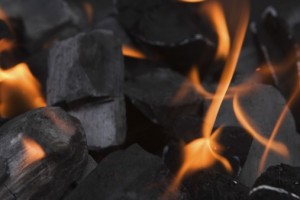 In the United States, the coal industry is under siege from a variety of pressures, including increasing public and regulatory scrutiny, as well as rising adoption of alternative energy sources like natural gas.

Put it all together, and the coal industry has been brought to the brink. Several companies, bloated with debt and crushed by falling coal prices, have had to declare bankruptcy. In August, Alpha Natural Resources (NYSE: ANR) declared Chapter 11 bankruptcy, joining fellow coal miners Walter Energy and Patriot Coal, which already filed for bankruptcy protection earlier this year.

On the heels of the government’s recently released Clean Power Plan – which, by 2030, will call for carbon pollution to be one-third what it was in 2005 – investors are panicking.

The problem for coal companies, put simply, is that coal is getting squeezed out. Metallurgical coal, which is used in steel production, has seen much lower demand from emerging markets due to the slowdown of the Chinese economy.

Meanwhile, thermal coal, which is used in power generation, is getting replaced by cheaper alternatives. In the U.S., the boom in natural gas production has created low prices, which has compelled industrial end users like utilities to switch from coal to natural gas. This has caused both the price of coal, and coal demand, to drop significantly, and coal companies are going out of business left and right.

But not all coal companies are failing. Alliance Resource Partners (NASDAQ: ARLP) is a coal master limited partnership, and it has a long track record of success. Last quarter, Alliance Resource’s revenue grew 1% and hit a quarterly record. Coal sales volumes hit a record last quarter as well. Inventories were reduced by 962,000 tons, which exceeded management’s expectations.

Distributable cash flow is what determines an MLP’s distribution. Alliance actually increased its distribution last quarter by 1.9% above the previous quarter’s payout. Annualized, the company pays $2.70 per unit. On a year-over-year basis, this represents 8% distribution growth, which is a very strong growth rate.

Amazingly, Alliance has now raised its distribution for 29 quarters in a row. That distribution is still protected with cash flow, even though the macroeconomic picture is cloudy. As of last quarter, the company’s distribution coverage ratio was 1.71.

The major reason for the company’s success is its geographic advantage. In the U.S., Alliance’s coal mines are situated closely to its end users, which results in low transportation and production costs.

In addition, it focuses on Illinois Basin coal, which is still in demand. Its coal sales volumes there rose 8% quarter-over-quarter, and tons sold and price per ton increased 8% and 0.3%, respectively, from the previous quarter.

Separate the Winners and Losers

In the coal industry, the rapidly changing landscape will inevitably result in several losers. These are the companies like Alpha Natural Resources, Walter Energy and Patriot Coal, which are on the brink. But coal is still a critical part of power generation in the United States, meaning the best companies will continue to survive.

Alliance Resource Partners is a best-in-class coal company, with an attractive 11% distribution yield. Income investors may want to take a closer look at this well-run coal company.