We’re making good profits so far in 2018, but I’d like to know what concerns you about the market. Please click this link and fill out my short, two-question survey. I’ll do my best to address your comments in upcoming issues. 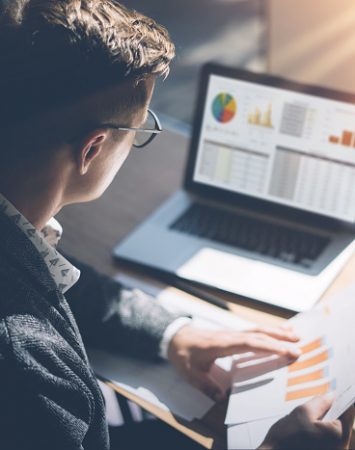 As February enters its second half,  investors are reminded of the harsh reality that markets are two-sided. I realize short-term memory dominates investors’ minds, so I think we all need to be reminded just how far this market has gone over the past nine years.

After 13 years of the S&P 500 going nowhere, the major market index finally pushed through the decade-plus trading range at the beginning of 2013. The S&P 500 (SPY) has almost doubled since the breakout.

But let’s not forget the collapse in 2008 and the five years the market spent climbing out of that enormous hole.

Just think if you were lucky enough to start investing during those first few years of our latest bull market. That leads me to a New York Times article by investment manager Ed Easterling of Crestmont Research that I discussed several years ago.

“Market returns are much more volatile than most people realize, even over periods as long as 20 years.”

That’s what Easterling’s profound research revealed. His research may alarm you, because it directly contradicts what we hear from most Wall Street “experts.”

How to Strategically Outperform the Market

It also echoes what I’ve been saying for years: buying and holding a basket of stocks isn’t enough by itself. You must use alternative investments to outperform the market over the long term.

To prove this fact, Easterling produced one of the most interesting infographics I’ve seen about the benefits, or lack thereof, of long-term investing . . . a detailed chart of an investor’s average annual return dependent solely on when an investor first entered and exited the market. His calculation accounts for taxes and inflation – something you almost never hear about.

The illustration is based on the Standard and Poor’s 500-stock index for the U.S. and goes back to before the Great Depression.

Easterling was incited to create the chart after furiously debating with a client about whether investors should expect to achieve long-term average returns in the future.

Polls by three major research organizations –  the University of Michigan’s Survey Research Center, as well as UBS and Gallup – all found that investors are strikingly bullish. Most individual investors predicted that the stock market would return about 10% a year over the next 10 to 20 years — or about 7% after inflation.

But research tells us historical averages can vary greatly depending upon when an investor is in the market.

Easterling felt that choosing a single date was arbitrary, which is why he created a compelling infographic to visually present the data. His detailed chart shows annualized returns in the S&P 500 based on thousands of possible combinations of market entries and exits.

After looking at his chart, it’s clear that stocks have underperformed for long periods of time. In fact, wealth creation is directly tied to the time in which you were invested.

So, is Easterling’s chart the beginning of the end for the financial industry? Not by a long shot.

Yes, investors are at mercy of the market gods when it comes to long-term investing, but that doesn’t mean that we should avoid investing all together.

There are many ways to combat the unpredictable fate of investment returns. My favorite way is through conservative options strategies like selling puts, credit spreads, covered calls and a variety of other premium or income selling strategies.

You can boost the yields of the market’s safest, shareholder-friendly, blue-chip, dividend-paying stocks like Apple (NASDAQ: AAPL), Microsoft (NASDAQ: MSFT) and McDonald’s (NYSE: MCD) with these options strategies.

In fact, we’ve been doing just that in the Options Advantage portfolio. So far, in just the last few weeks, while people were losing money and wondering about the potential for a crash we were confidently making money.

So, let’s not fall prey to Easterling’s findings on long-term investing. Yes, Mr. Market will ultimately control the fate of the returns of our holdings, but he left out the power of selling options to increase the returns of your overall portfolio.

I hope you won’t allow yourself the same fate.

Profits like these are just the beginning. At my Premium Profit Summit on Feb.  28, I’ll unveil my top three strategies to harvest 211.1% gains in the coming year — as we did the last time we saw markets this volatile. Click here to learn more and reserve your spot.