One of the most popular of all options strategies is the covered call, a trading technique that, when instituted effectively, can generate rich income streams on a regular basis. 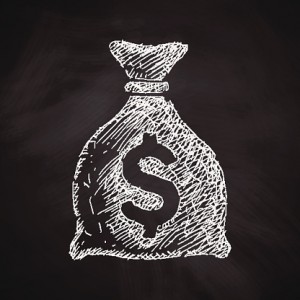 How Does it Work?

The strategy is best implemented in a flat to slowly rising market, and the goal is quite simply to reduce the cost of the underlying shares.

As usual, a real-life example best illustrates the scheme.

The General Dynamics of the Covered Call Strategy

Below is a chart of defense contractor General Dynamics (NYSE: GD). Let’s imagine that at the beginning of the time frame in question you foresee a slow but steady rise in the stock and decide to employ a covered call strategy. 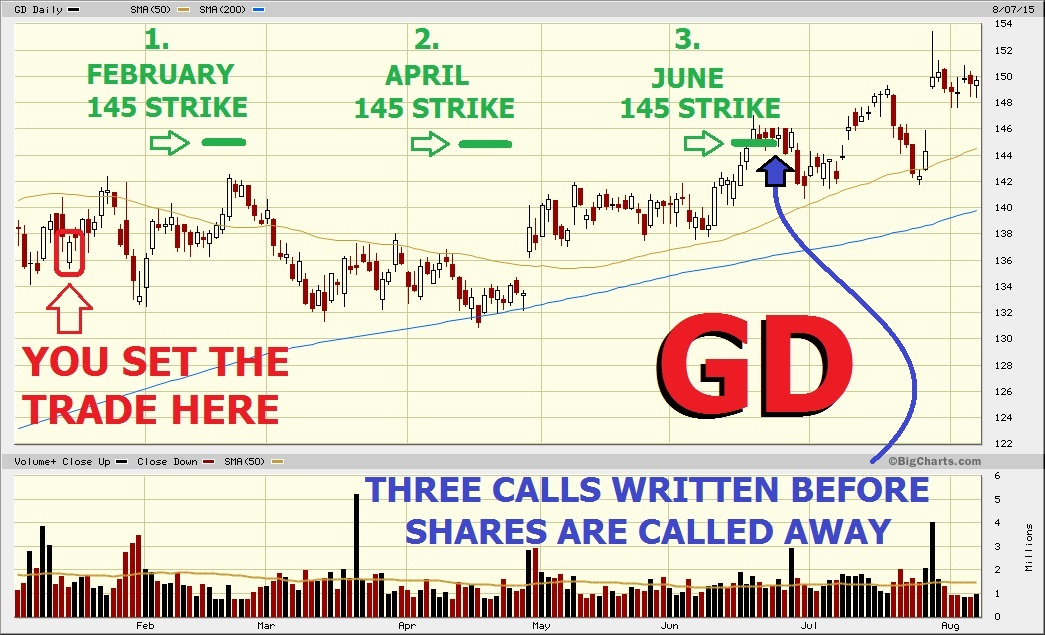 At that point, you have two risks:

The latter eventuality, of course, exists whether or not you sell the call, while the former is also a possibility, however remote.  If you’ve selected your stock carefully, however, you can avoid both outcomes.

A look at the chart reveals that come February’s options expiry, GD has reached only as high as 142. The call expires worthless and you keep both your stock and your premium.

You therefore decide on the following trading day to reinstitute the trade by selling the April 145 calls (second green line on chart). But because GD is trading much closer to the strike, the April calls fetch a much richer $5.70. You sell them, and lower your overall cost for the shares to $12,815 ($13,385 – $570).

What’s nice about the covered call strategy is that you possess, as a stockholder, voting rights on the stock as well as dividends. And in this example, GD shareholders also collected a $0.69 per share dividend in early April, adding to the overall profitability of the trade.

Speaking of profits, in our example the April calls also expired worthless, with GD managing a high of just 137 prior to April’s deadline.

With your money in your pocket, you again decide to set the trade using the June expiry, pocketing just $3.05 for the effort, since GD is trading at a mere $134 after the April calls expire.

Your adjusted cost base for the shares is now $12,510, and that’s where it ends.

Editor’s note: On Wednesday, Andy Crowder and Ian Wyatt hosted an investment training event called “Income for Life: Grow and Protect Your Wealth with 3 Simple Strategies,” during which they discussed covered calls and other income-producing options strategies. Even if you missed it, you can still learn about Andy’s trading system by clicking here now.