By now, you are aware that crude oil is down some 50% from its recent highs. There are many theories as to what is truly behind this drop. What we do know is that the Saudis are letting production continue amidst a decline in demand. As oil floods the market, the price naturally drops. Exactly why the Saudis are doing this is up for debate, and nobody really has the answer except the Saudis themselves. 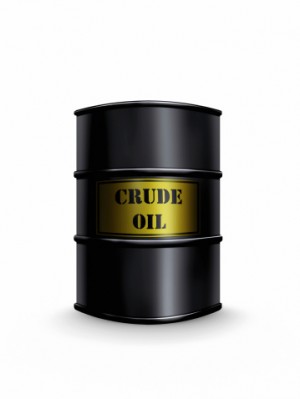 This is different from 2008, where oil prices had spiked to $145 primarily due to speculation in the market.   That, too, differed from the spike to $115 in the last 1970’s during the oil embargo.

Because the reasons for each spike were different, trying to peg a bottom is going to be challenging. We can try and get a ballpark figure, and from this, extrapolate to where some oil stock may bottom, so we can try and find entry points.

Bottom line: I think something around $35 is not unreasonable, with possible downside to $25 or so.

Let’s look at some big names in oil – names you want to buy when the volatility quiets down – to see if we can peg some entry points based on each stock’s behavior in the past.

The oil embargo data point is kind of wonky, because the fall took six years to play out. Most stocks rose during the early 1980’s as the post-Carter recovery was taking place. So we have to look at 2008.

ExxonMobil (NYSE:XOM) has already declined 18% before the oil spike top, then fell another 24% to the point where oil bottomed. It fell another 10% over the next 18 months, however, for a total decline of 41%. It is presently down only 13%.

Not surprisingly, it’s the stocks with the best balance sheets at the time that fare better. If we postulate that crude will fall from today’s price of about $50 to something like $30, for a total decline of around 70%, then we’ve got another 20% or so to go (from the peak).

That suggests that XOM remains the premier name in the industry that will likely fall the least. I think you buy in the mid-80s for a half position, and average down every 5 points.

COP seems to be in the worst position, but it is a good company. I’d look for deep value here before getting involved, something like the mid-40s and add every $7-8 decline from there.

As for the basket, it’s the safest bet because of the diversification. I would buy XLE in the mid $60 range and add every $5 from there.

You can get another perspective from Stephen Mauzy here.