David Einhorn, the Greenlight Capital founder, tends to pick and choose his moments in the spotlight – unlike Bill Ackman or Carl Icahn, both of whom enjoy engaging with the media. 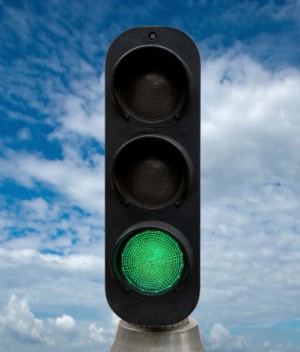 But that doesn’t make Einhorn any less of a great money manager. (He’s a pretty good poker player, too, having finished in the top 20 at the World Series of Poker back in 2006.)

But the fact remains that I’d much rather have the opportunity to invest alongside a manager who is focused on finding great stocks, as opposed to talking up his portfolio.

Along those lines, I’m fairly certain that many investors have never heard of Einhorn’s largest holding. Either that, or they grossly misunderstand the company.

And what makes this company even more interesting is that Einhorn has owned it for well over a year.

The company is Micron Technology (NYSE: MU), an Idaho-based supplier of DRAM and NAND memory. DRAM is physical memory that is often found in computers. NAND is a form of flash memory used in things like USB drives and memory cards.

And Einhorn has a history of success with tech stocks.

Recall that Greenlight Capital made Apple (NASDAQ: AAPL) over 10% of its portfolio during the third quarter of 2011. Back then, Apple was trading around $55 a share. Since then, it has remained one of the fund’s top two positions. Now the stock is at $125, up nearly 130%.

Then there’s Seagate Technology (NASDAQ: STX), which is another major memory player. It was a key part of Greenlight’s portfolio during 2012. During that year, Seagate’s stock was up 80%.

Now it’s Micron, which was Einhorn’s largest stock holding for the last half of 2014 and heading into 2015. It makes up roughly 15% of Greenlight’s long portfolio, and the fund owns enough shares to make it one of the top five owners of the company.

It was during the third quarter of 2013 that Einhorn first started buying large amounts of Micron shares. At the time, the stock was trading for less than $18 a share. It’s now trading around $28, but has been shunned by the market of late.

Shares have fallen 20% since the start of 2015, which comes as Micron lost some Apple iPhone 6S business to Samsung.

But that’s not all bad news. In fact, Apple no longer accounts for over 10% of Micron’s revenues.

Ultimately, the move will allow Micron to expand margins even further and focus on faster growing markets.

Micron’s earnings before interest, taxes, depreciation and amortization (EBITDA) margin has doubled since the start of 2011, going from less than 16% to 35% for the trailing 12 months.

And with less reliance on Apple, Micron’s margins could go even higher. The deal with Apple meant that Micron was selling memory for below market prices, given Apple’s size and pricing power.

Samsung is the largest player in the DRAM memory space. With Samsung busy supplying Apple, that leaves an opportunity for Micron to pick up handset and server platform market share in China.

So when you hear computer memory, don’t be fooled. Micron has plenty of growth opportunities beyond conventional PC memory, such as the rising demand for storage in data centers (driven by cloud computing) and handset storage capabilities.

Micron also has opportunities in another interesting area: automobiles. It’s already the No. 1 player when it comes to supplying memory chips to the auto industry. And as cars become more and more digitalized, the demand for memory will only increase. Just think of the digital memory requirements that a self-driving car requires.

On a smaller scale, but still impressive, is Apple’s launch of CarPlay. It’s expected to show up in 40 car models this year. The premise is that it will make your dashboard a digital masterpiece by bringing Apple’s iOS into your car. Cars will continue to become more and more digital – a big positive for Micron.

Micron is still fairly cheap, trading at a forward price-to-earnings ratio (based on next year’s earnings estimates) of just 6.5. Part of that is because the stock market misunderstands the dynamics of the memory market.

But David Einhorn is familiar with the memory market and is long Micron. And there are plenty of growth opportunities ahead for Micron, driven by the rapid changes in technology.