A better-than-expected U.S. jobs report sent the Dow Jones Industrial Average up more than 300 points on Friday. The monthly jobs report sent a strong signal to the markets that the U.S. economy is still on sound footing. Throughout 2015, the market has climbed a wall of worry. The strong U.S. dollar, slowing economic growth in emerging markets like China, and the prospect of rising interest rates had kept investors worried all year. 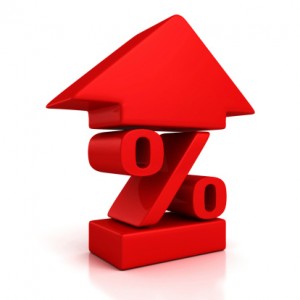 But the surprisingly upbeat jobs report is another indication that the U.S. economic recovery since the Great Recession remains on track, and that the economy appears strong enough to handle the first interest rate hike in a decade. Expect higher interest rates heading into 2016.

The Bureau of Labor Statistics reported that U.S. nonfarm payrolls grew 211,000 in November. That caused the national unemployment rate to remain at 5%. The job gains exceeded Wall Street forecasts, which called for 200,000 new jobs.

Not only was November’s report better than most economists had anticipated, but previous monthly reports got significant upward revisions. October’s initially reported 271,000 was raised to 298,000, while September’s job report was revised higher by an additional 8,000 jobs.

Among specific sectors of the economy, there were few surprises. Construction saw the biggest gains, with 46,000 new jobs last month. This is a sign that the housing market remains in firm recovery mode in the United States. Health care jobs increased by 24,000, which is not surprising given the aging population in the U.S. and the increased demand for health care.

Meanwhile, mining was one of the biggest losers, cutting 11,000 positions last month. This comes amid a brutal decline in the price of commodities, including precious metals like copper and gold.

All Signs Point to a December Rate Hike

The U.S. Federal Reserve is widely expected to finally raise interest rates this month after the conclusion of its Dec. 15-16 meeting. Ever since the financial crisis and Great Recession of 2008 and 2009, the Federal Reserve had held the federal funds rate near zero. The fed funds rate is the rate that banks charge each other for short-term loans.

This zero-interest-rate policy helped lift asset prices and keep costs of borrowing low, which stimulated economic activity. But now, six years after the end of the recession, economic conditions have met several of the Federal Reserve’s stated benchmarks necessary to justify higher rates.

For example, the unemployment rate is 5%, which meets the Federal Reserve’s definition of full employment. In addition, the housing and equity markets have recovered significantly in the past several years and credit standards have loosened.

In addition, there are perils of remaining on the path of extreme monetary easing. For instance, such cheap money being borrowed for prolonged periods could spark inflation down the road. One of the warning signs the Federal Reserve uses to judge future inflation is wages. Last month, average hourly earnings ticked up again, by 2.3% annualized.

And with interest rates remaining at historically low levels, it punishes savers who have money in fixed income or bank savings vehicles like certificates of deposit. These savers are earning little to no interest on their savings, which reduces their incomes.

As a result, investors have all the evidence they need to expect the first Federal Reserve rate hike since 2006. In light of the strong U.S. jobs reports throughout 2015, it is likely the rate increase will come sooner rather than later. Investors should expect a rate hike on Dec. 16.