Believe it or not, December is the best time of year for stocks – and in particular, small-cap stocks. 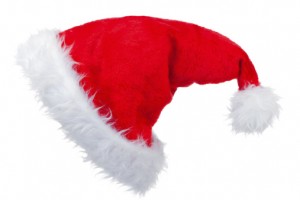 Yet in a way it makes sense: It’s the holiday season and everyone is in the shopping mood.

During the month of December, stocks (both large and small) have managed to post positive returns in 18 of the last 20 years.

The small-cap space has really shined, however. The Russell 2000 small-cap index has gained an average of 5.6% over those 20 years during the month of December.

This December is setting up to be another strong month for small caps as well. The prospect of a Federal Reserve interest rate hike this month could help strengthen the dollar. A stronger dollar is generally good for small caps, which typically generate little income outside the U.S.

With all that in mind, here are the top three small caps to own today:

USG is a producer and distributor of building materials in North America. It happens to be the largest maker of gypsum wallboard in the United States.

One of the key growth catalysts for USG is that it’s expanding internationally. It should also benefit from the recovery in the consumer housing market, where the company is heavily exposed on the construction side. It also has an advantage over other wallboard materials companies with its UltraLight technology, which it sells at premium pricing.

USG’s return on equity is close to 20% and it’s trading at just over 14 times next year’s earnings estimates. It also happens to be a Warren Buffett name. His Berkshire Hathaway (NYSE: BRK-B) owns nearly 27% of the company.

Carpenter Technology is a producer and distributor of specialty alloys. A key driver of growth for Carpenter will be the uptick in the aerospace industry. In particular, the rise in air traffic is a big benefit for the company.

Carpenter also has competitive advantages, which includes being able to produce complex products that can withstand extreme heat and pressure. The methods to make these products are difficult to replicate.

Then there’s the energy industry, which is Carpenter’s second-largest end market. It makes metals and components for exploration and production companies, so any rebound in the oil market will be a benefit for the company.

Stifel is a retail and institutional brokerage, as well as an asset manager. One growth area for Stifel is its wealth management segment, buoyed by its purchase of Barclays Wealth and Investment Management.

The company’s balance sheet is strong, which means that more growth via acquisitions could be on the horizon. It has a history of making acquisitions and integrating them nicely. And with the purchase of Sterne Agee, the company adds nearly 750 registered independent advisers.

Meanwhile, the Barclays deal brings in some $25 billion in total client assets and 100 financial advisers. Stifel is trading at just under 17 times next year’s earnings expectations.

Small-cap stocks can be more volatile than large-cap names, but studious investors seek out those stocks where the reward outweighs the risks. The three aforementioned stocks have potential rewards that are worth reaping in December.