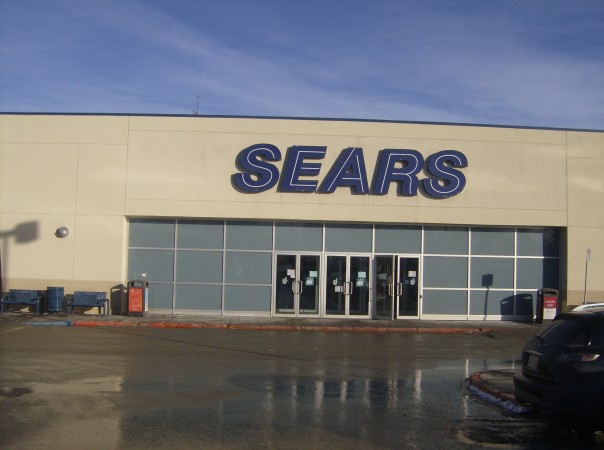 Remember the days when department stores ruled the world? For anyone located near a Sears (NASDAQ: SHLD), you could find just about anything you needed. Then one day, retail changed and it would never be the same again. Amazon.com (NASDAQ: AMZN) came on the scene. Everyone thought it would just sell books. Then it started selling other things.

And Sears got caught flat-footed, along with many other retailers.

If we think of Amazon as a well-equipped insurgency, and Sears as a standard army infantry unit, Amazon basically snuck up on an division of sleeping soldiers and blew them to pieces. Now the army is running through the woods, bleeding and wounded, with mortar fire and air support trying to finish them off.

Sears, my friends, is dead. It just doesn’t know it yet.

Since 2013, gross revenue has declined by about 39%. In other words, consumers picked up and took $15 billion in annual revenue and spent it somewhere else. I don’t care how long a company has been around, it cannot survive that kind of sales decline. Just in the past full year alone, Sears lost about $5.9 billion in revenues, a year-over-decline of about 19.8%. This comes on same-store sales declines of over 9%.

That’s like stepping on a land mine. Businesses simply cannot withstand that kind of comparable store sales devastation, no matter if its retail or something else. All of this obviously leads to the bottom line, where Sears is not only losing hundreds of millions of dollars every year, it is burning cash. To maintain our analogy, the fleeing infantry is eating its food rations at a rate that will result in starvation in due course.

How bad is it? Sears will probably see operational cash flow run negative to the tune of $540 million in FY16, and that’s even after it makes some $600 million in expense trims. It’s been desperately trying to stay afloat by selling its real estate, or engaging in sale-and-leaseback deals, to shore up its cash position.

It’s running out of real estate, literally. It’s down to 270 Sears and Kmart stores. If the company is lucky, that might lead to $2.48 billion or so in cash, but it could be less. Rural stores may not fetch as much as urban stores, and buyers may try and squeeze Sears because they know the company needs the money.

Run While You Can

The company is also up against a credit facility that is due, so it is trying to replace that line with a new loan of about three-quarters of a billion dollars. That will, of course, come with a high interest rate.

Can anything be done to save Sears? I don’t think so. The time for some grand reinvention or re-envisioning of what Sears is or could be has past. It is too late to remake it in some new image. Nor does present management have that kind of imagination.

Furthermore, any brilliant idea will take capital, and the company needs what capital it has just to stay in business with its dying model. I just don’t see any way out of this. If you are still holding Sears, it’s time to sell the department store stock. If you are aggressive, you can probably short it into bankruptcy.