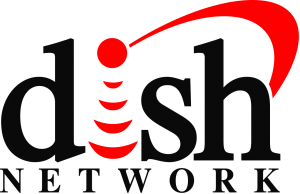 The lack of a Viacom deal with Dish had investors of both companies wringing their hands, and for good reason. The possibility of Viacom’s 18 networks no longer being available to Dish’s 14 million customers was a scenario with no winners. The truth is that the companies need each other because they each face increasing competitive threats.

Once the two companies came to a deal, investors breathed a big sigh of relief. Viacom shares leapt 11% on the day the news broke, but it’s been a rough ride for both companies over the past year. Viacom and Dish have seen their share prices fall 35% and 25%, respectively, over the past 12 months.

But even with a deal, both companies still face significant uncertainty and challenges.

Enemies at the Gate

Viacom and Dish face significant threats in the competitive and fast-changing environment of television and media. Viacom has faced sagging ratings at its flagship cable network properties Comedy Central, MTV and VH1. Dish has suffered a customer-retention problem of its own.

At the heart of both companies’ problems is the cord-cutting phenomenon. This is the trend among consumers – particularly younger consumers – who opt for cheaper Internet-based streaming television services like Netflix (NASDAQ: NFLX) and Hulu, rather than pay for expensive monthly cable packages.

Media is being consumed in much different ways, and this has put cable networks and pay-TV operators in a difficult position.

Viacom’s revenue and earnings per share fell 6% each in 2015, as domestic advertising revenue fell 4%. Things were equally difficult for Dish: its EPS fell 21% last year as it lost approximately 100,000 pay-TV subscribers in 2015.

Viacom’s situation is even cloudier because of the uncertainty surrounding the company’s direction. Viacom faces a lawsuit over the mental competence of its controlling shareholder, Sumner Redstone. The trial is scheduled for May; the outcome could have a significant effect on Viacom’s future. Lingering uncertainty from the legal matter is another reason to be skeptical of Viacom’s outlook.

A Step in the Right Direction

Both companies needed to renew the agreement, but it appears Dish might have gotten the upper hand. Although deal terms were not disclosed, as part of the agreement many of Viacom’s major networks will be available on Dish’s Sling TV. Getting Viacom networks on Sling was one of the things Dish wanted most out of any deal.

Sling TV is Dish’s foray into so-called “skinny bundles.” These are slimmer packages in which consumers can pick a smaller group of cable networks for $20 per month. The offering is designed to compete more directly with streaming options like Netflix, which costs just $9.99 per month at the standard pricing level.

For Viacom, this deal was absolutely critical. The company has already experienced falling ratings. For instance, Comedy Central suffered greatly from the exits of hugely popular late-night hosts Jon Stewart and Stephen Colbert. Losing Dish’s 14 million subscribers would have been an outright disaster.

The agreement plugs what would have been a massive hole in Viacom’s revenue, but both companies have a lot more work to do. In the streaming era, even if skinny bundles like Sling TV prove successful, it will be difficult for Viacom to retain ratings and advertising revenue, given that consumers aren’t likely to make Viacom networks the bulk of their skinny bundles.

Dish stands to lose significant revenue if its subscribers trade down to a $20 television package. Fundamentally, Dish badly needs to get its technology in line with consumer demands. Consumers simply don’t have the desire for satellite TV when so many streaming options offer cheaper services without the headaches of a physical satellite dish.

Streaming is the growth engine of the future, and both companies are at risk of missing out. As a result, while the deal is good news for Viacom and Dish, neither company is out of the woods. Continue to avoid Viacom and Dish.