Dividends are generally seen as safe, mostly because the retribution is swift when they’re cut. Dividend cuts – and even eliminations – do happen, though. 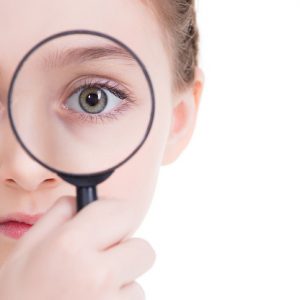 Sign up here to find out how to lock in great yields with less risk.

Dividend investing is generally so safe, a lot of folks (especially younger ones) see dividends as a haven for widows, orphans and retirees. Dividends aren’t sacrosanct, though, and can easily be cut by a company if it finds itself in trouble.

According to the S&P Dow Jones Indices’ quarter dividend report, there were a lot of dividend cuts and even eliminations in 2019. The researchers found that while net dividends increased by $45.1 billion last year, aggregate decreases (the value of all dividends cut) were $11.1 billion as 338 companies either cut or eliminated their dividends.

Now, I don’t want to give you the impression that dividend investing is really all that risky. While there may have been 338 cuts, 2,381 common stocks paid dividends last year. That means you only had a 14% chance of getting hit with a cut or elimination but, if you had the bad luck to fall into that 14%, it probably took you by surprise.

The good news is that there are a few simple red flags you can watch for, so you don’t get caught flatfooted again by dividend cuts.

One of the surest signs a company’s dividend is in danger is falling cash flow. Cash flow is essentially the money left over after a company has paid all of its expenses, and that number can be found on a company’s cash flow statement. If cash flow is trending downward, it could be because revenue is falling or expenses are rising. Either way, less cash left over at the end of the quarter could mean danger that dividend cuts are on the way.

Debt is a pretty straightforward idea. Regardless of whether you borrow money, or a company does, nobody lends you money for free and all debt carries interest. The key metric to watch is long-term debt;  you can find the total on a company’s balance sheet.

If debt is rising, so are interest costs. And if a company ever finds itself in the position making its interest payments or paying a dividend, it’s not hard to guess which it will pay.

Going along with debt, you’ll also want to keep an eye on credit ratings. A lot of factors influence credit ratings, including cash flow and debt levels, and the rating agencies watch them all pretty closely.

When a rating gets downgraded, companies get hit with higher borrowing costs and, if the rating falls far enough, they might find themselves locked out of the credit market entirely. So, when a downgrade does happen, it’s not unusual for a company to cut or eliminate dividends to boost their cash flow and protect their rating.

An even better approach might be to just not have to worry about dividend cuts at all.

Sign up now for an absolutely free webinar that will show you how to lock in yields as high as 45% – yes, you read that right – with less risk, if for no other reason that we watch for the red flags ourselves.