Warren Buffett swears by the “9th Wonder” of investing. 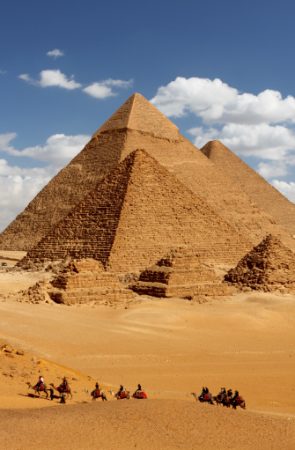 And so does Ronald Read.

You might be familiar with the 7 Wonders: The Great Pyramids of Giza, the Roman Colosseum, the Great Wall of China, and other constructs from antiquity usually spring to mind.

How about the “8th Wonder”?

That term originated with modernity.

The excessively revered scientist Albert Einstein is purported (and also unlikely) to have labeled compound interest the “8th Wonder” of the world.

“He who understands it, earns it,” said Einstein. “He who doesn’t, pays it.”

The 8th Wonder refers to the power of unimpeded compound interest.

If you’re willing to add more time, you can add monumentally more wealth.

I have a couple of issues with the 8th Wonder.

First, who has 100 years? Second, where can you find a 5%-coupon investment that can compound unimpeded for 100 years?

These shortcomings led me to the 9th Wonder – a term of my coinage.

The 9th Wonder refers to the power of dividend growth.

No one has exploited the 9th Wonder to his advantage more than Warren Buffett. Long-term Berkshire Hathaway (NYSE: BRK.b) investment Coca-Cola (NYSE: KO) proves my point.

Buffett began accumulating Coca-Cola shares for Berkshire in late 1987. Within a few months, he had purchased $1 billion worth of Coca-Cola at roughly $2.50 per share (split adjusted). The shares paid a $0.09 annual dividend.

The dividend has grown annually since. Coca-Cola pays a $1.60-per-share dividend today.

If we relate the dividend today to Berkshire’s $2.50 cost basis for 1987, an extraordinary number appears.

Berkshire realizes a 64% annual return on its original investment . . . and that’s dividends only.  What’s more, that 64% will only grow annually.

And as the dividend goes, so goes the share price.

Do you think it’s a coincidence that nine of Berkshire’s top-10 stocks investments are 9th Wonder stocks? I don’t.

OK, another fabulous Warren Buffett tale. What about me?

Let’s relate the power of the 9th Wonder and dividend growth to us mere mortals.

I refer to Ronald Read, the name mentioned above.

Ronald Read was no Warren Buffett. He was no Jimmy Buffett.

Read was a nondescript Vermont resident who worked most of his life in the lower trades – janitor, service-station attendant.

Read made less money than most of us. Nevertheless, he continually saved a portion of his meager earnings.

More important, he continually invested what he saved.

According to Read’s attorney, the portfolio was stuffed with dividend stocks, most of the dividend-growth variety: AT&T (NYSE: T), Bank of America (NYSE: BAC), CVS Health (NYSE: CVS), and Deere (NYSE: DE) were prominent names.

So, go with the 7 wonders if the goal is inspiration and enlightenment.

Skip the 8th Wonder and embrace the 9th Wonder (dividend growth) if the goal is wealth accumulation.

You can join me for income and wealth inspiration and enlightenment at the Facebook Group, the Income Freedom Masterclass.

We reveal the secrets to investing in the best dividend-paying stocks. Our Facebook Group is perfect if you want to generate an extra $2,000-to-$5,000 in monthly income.