Some investors are their own worst enemies. 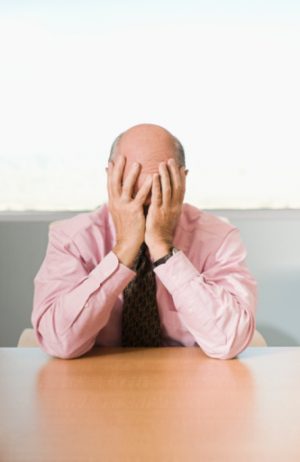 Greed and fear are our greatest motivators, but they’re not always right.

Yet, when you invest, one of those emotions is probably influencing your decision.

The thing is those are bad reasons to buy (or sell) a stock.

Numerous studies have shown that investors who chart their own course – picking their own stocks, making their own decisions when to buy and sell – underperform the markets. A study from Aon Hewitt showed that self-directed investors made nearly 3% less a year compared to investors who used an advisor.

They’re too invested in their own money – plus, fear and greed cloud their judgement.

3% less may not sound like much, but it adds up over time. A 3% annual gain on a 3% annual gain turns into 9%, 18% or 27% in just a few years. When you’re making money on your money, you need it to compound as much as possible, especially if you’re close to or in retirement.

But emotions can make you overestimate the value of your own decisions which, frankly, aren’t always best. That’s nothing to feel guilty about since we all fall into that trap occasionally.

Did you think Pets.com was revolutionary or that WeWork was a good idea? Or they’d make you big money?

They weren’t and they didn’t.

But there ARE strategies you can use right now that take fear and greed completely out of the picture.

One of the best investment strategies to ever hit the markets is the Dogs of the Dow.

It may sound counterintuitive, but you can make more money buying last year’s WORST PERFORMERS rather than the best. Over the past two decades, the Dogs of the Dow strategy has outperformed the S&P by nearly 4% a year and the Dow by 3%.

Or, there’s the O’Shaughnessy strategy, which focuses on stocks promising the best growth at the best value.

The biggest reason that these two strategies work is because they remove emotion from the equation. You follow a system, well, systematically.

You take a set of actions on a set schedule, basically set-it-and-forget-it. That has the benefit of removing greed, fear and other emotions from the equation, ensuring you don’t make a bad decision in the heat of a down market.

Just by signing up here, you can learn how to add the O’Shaughnessy and Dogs of the Dow strategies – plus three more time-tested methods – to your portfolio. All you have to do is follow a system, which we’ll guide you through step-by-step.

Your portfolio (and your monthly income) will thank you for it.