Walgreen’s stock was hammered last month, but investors with a long-term vision can now pick up a great dividend payer on the cheap. 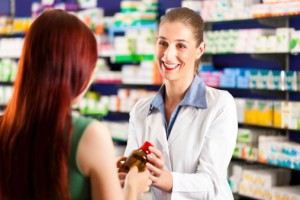 When stocks with a $50 billion market capitalization shed nearly a fifth of their market value in single day, it should catch the eye of everyone from deep value to income investors.

The key is to wade through the negative news  to see whether the long-term story has changed. Is the market focusing too much on the short-term? And is now the time to buy? Or will there be more downside in the interim?

Walgreen (NYSE: WAG) was victim to a huge overreaction last month after it said it was buying up the remaining 55% of Alliance Boots that it didn’t already own.

It also announced that it wasn’t pursuing a tax inversion — in which case it would become domiciled in the U.K. where Alliance Boot is located — and the company lowered its fiscal 2016 financial guidance.

Granted, by not attempting a tax inversion, Walgreen is forgoing tax benefits. However, it is keeping its all-American image by staying domiciled in the U.S., which is key for a company like Walgreen that relies heavily on the everyday consumer.

Investors also shouldn’t forget that a large part of Walgreen’s revenues are from U.S. government programs like Medicare — it’s best not to stir up trouble with one of your largest revenue generators.

The biggest disappointment might not even be that Walgreen isn’t pursuing a tax inversion. Rather, the company’s botched 2016 guidance really frightened investors.

Walgreen had to lower fiscal 2016 earnings before interest and taxes (EBIT) estimates by 20%, from $9 billion to $7.2 billion — despite the higher-than-expected cost savings from the Alliance Boots deal.

Part of its effort to ensure more clarity going forward was to fire its CFO, Wade Miqueion, and other executives for a $1 billion error.

Miqueion and other execs were expecting pharmacy earnings to be over $1 billion higher in 2016, but had to revise expectations when they failed to account for a price increase on generic drugs.

With the newly combined company operating some 11,000 stores, Walgreen will now have the advantage of being able to negotiate better pricing for drugs.

Walgreen’s pullback offers  a great buying opportunity. Before the stock fell nearly 20% in a single day, its dividend yield was only 1.75%. Now its yield is at 2.2%. What’s more, savvy investors are getting a chance to buy drugstore-retailing giant at a discount.

The stock trades at a forward P/E (price-to-earnings ratio based on next year’s earnings estimates) of 16.5. The drugstore industry average P/E ratio is over 20.   Its P/E to expected earnings growth rate (PEG) ratio is just 1.25. A PEG ratio below 2 is considered a stock that offers growth at a reasonable price.

While you might think that Walgreen’s dividend yield of 2.2% doesn’t sound all that enticing, don’t forget that Walgreen has been paying a dividend for more than 80 years. This drugstore stock has actually increased its annual dividend for 38 straight years.

Over the last five years it’s managed to boost its annual dividend at an annualized rate of 23%. But it’s not just dividends that make Walgreen a shareholder-friendly company. It recently also announced a $3 billion share buyback program — good enough to reduce shares outstanding by 5%.

Walgreen remains one of the best plays in the market for capitalizing on the rising demand for drugs. Its top rival, CVS Caremark (NYSE: CVS), only offers a 1.4% dividend yield. CVS only has a 6-year streak of consecutive dividend increases.

Behind Walgreen’s strong dividend payment history is its top-notch balance sheet. Walgreen has a debt-to-equity ratio of just 25%, compared to CVS’s 35%.

The return on Walgreen shares are close to triple that of the S&P 500 over the last 20 years on a total return basis (including dividends and stock price appreciation). There’s no reason this stock can’t outperform over the next 20 years with the help of Alliance Boots and the increasing global demand for drugs.