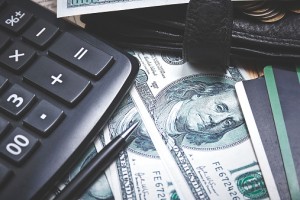 Yesterday I shared  five groups of earnings reports that I will be watching closely this season.

There are so many earnings reports I want to monitor closely this season that I couldn’t fit it into one article. Here are the next five groups of earnings reports that I recommend you keep an eye on.

McDonald’s (NYSE: MCD) seems to be losing the battle for millennials to companies like Starbucks (Nasdaq: SBUX) and Chipotle (NYSE: CMG). The stock was essentially flat in 2014 while the S&P 500 traded higher by nearly 12%. With slow-to-no growth in the US, McDonald’s is in desperate need of a domestic turnaround and I’ll be watching this earnings report for signs of such a turnaround.

Darden Restaurants (NYSE: DRI) is the owner of The Olive Garden and LongHorn Steakhouse, among other lesser-known restaurant brands. The stock is facing considerable pressure from activists due to poor execution and declining sales at many of its locations. Without an organic turnaround this company will be forced to make major changes. The upcoming earnings report should give us insight into these developments.

Yahoo! (Nasdaq: YHOO) CEO Marissa Mayer continues to face an uphill battle as the young CEO of an ailing Internet giant. The company made billions on its stake in Alibaba (NYSE: BABA) and what Yahoo does with this money is of critical importance.

Will Yahoo reinvest in its search business? Acquire other businesses? Return it to shareholders? I expect the commentary from its earnings report to give us some insight.

In a presentation last week, Texas hedge fund manager Kyle Bass laid out a compelling case for shorting major pharmaceutical stocks. The crux of his thesis is that these major pharmaceutical companies rely on patents that he thinks aren’t valid and abuse the patent system.

There’s no way the major pharmaceutical companies will get away from questions about Bass’ thesis, and I expect the earnings report conference calls for each of these companies to be rather interesting.

The earnings reports that I’ll be watching most closely are Pfizer (NYSE: PFE) and Bristol-Myers Squibb (NYSE: BMY).

With a policy showdown brewing over net neutrality, several of the most affected companies hang in limbo.

Net neutrality policy is very likely to affect the profitability of the major Internet service providers – ISPs – such as Comcast (Nasdaq: CMCSA), Verizon (NYSE: VZ) and AT&T (NYSE: T). If these companies are allowed to charge for Internet fast-lanes then they will be considerably more profitable. However such a policy would negatively affect companies like Netflix (Nasdaq: NFLX) that rely on unbiased, fast Internet as the backbone of their business model.

When these earnings reports come out I will be watching closely to see if they mention how net neutrality will affect or already is affecting profitability.

Companies like Facebook (Nasdaq: FB), Twitter (Nasdaq: TWTR) and LinkedIn (Nasdaq: LNKD) have been stealing advertising dollars away from more traditional media like print and television, but this is always in flux. Advertising revenue, the effectiveness of advertising, mobile usage and user growth are the key metrics that you should look for from each of these companies.

Whether you think they are valid metrics or not, these are the metrics by which social media giants seem to be measured at the moment. Weak results in these areas would be very disconcerting for social media investors.

After the departure of the Abercrombie & Fitch (NYSE: ANF) CEO, now is the time for a comeback. The only problem is that the brand has already tried most of the traditional tricks used by ailing retailers.

The company faces tremendous pressure as teens stop hanging out in malls and paying for brand names but instead spend their money on food and electronics. Losers here include Abercrombie and American Eagle Outfitters (NYSE: AEO). Winners include Starbucks and Apple (Nasdaq: AAPL).

Sears Holdings (Nasdaq: SHLD) is another struggling retailer that needs a huge earnings report to instill confidence in investors. Its future is very uncertain, with bankruptcy on the horizon unless it was able to turn things around this holiday season.
Earnings reports give us vital glimpses into the stocks we own, the stocks we are watching and the stocks that move the market. Keep an eye on the stocks I’ve mentioned as they release earnings over the next two months to keep up with the market.

Disclosure: I personally own shares of Apple.

The one secret Apple investors would love to know

Apple is a great company. Its products have revolutionized the way the world works and communicates. No small feat. Yet there’s one small secret that Apple hopes never becomes public. See, there’s actually another company behind all of Apple’s successes… and this company’s stock jumps five times higher than shares of Apple – every single time Apple launches a new product. If Apple investors new about this – there’d be a stampede for the door. I’m sure CEO Tim Cook want’s to quash this info – but you can get all the details right now – by clicking here.