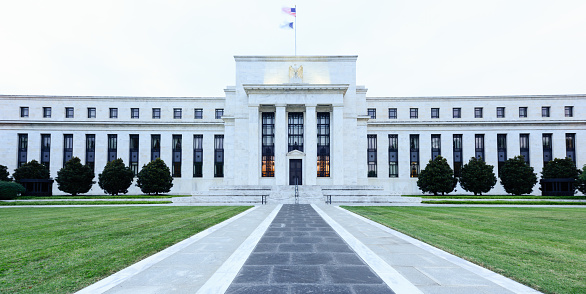 Each and every time the Federal Reserve convenes to discuss monetary policy and the state of the U.S. economy, the question that inevitably follows is: will they or won’t they? Investors want to know whether the Fed will raise interest rates, as the implications are significant.

Since the U.S. entered recession in 2008, the Fed steadily lowered interest rates, via the Fed Funds rate that serves as a benchmark for short term bank-to-bank lending. Interest rates were stuck at zero for several years, as part of the Fed’s monetary easing.

The point of these actions was to loosen the credit markets, encourage lending and economic activity, and make debt cheaper to repay. Fast forward, and while the U.S. economy is by no means booming, it’s come a long way since the Great Recession.

But the Fed has raised interest rates only once, and on Wednesday, decided once again to keep rates unchanged.

Fed Chair Janet Yellen announced that the central bank would seek two interest rate increases this year, and two rate hikes in 2017. While that doesn’t sound like market-moving news, it’s a significant reduction in the Fed’s previously stated expectations. When the Fed last convened in December, it set a goal of four rate hikes this year.

The reason the Fed reduced its outlook for rate increases is because U.S. economic conditions remain below the threshold for further Fed tightening. Specifically, while the labor market has come back and the unemployment rate stands below 5%, there still is not enough economic growth and inflation to warrant more aggressive action, according to the Fed.

Consequently, the Fed’s inflation forecast has been reduced as well. The Fed now expects 1.2% inflation by the end of the year, down from prior estimates of 1.6% for 2016. Not surprisingly, the major reason for lower-than-expected inflation is the massive crash in commodity prices, which has caused significant price deflation in things like gas and groceries.

Going forward, the Fed remains confident the U.S. economy will gravitate towards its stated goal of 2% inflation, but it will take two or three years to get there.

In December, the Federal Open Market Committee raised interest rates for the first time in nine years. The Fed Funds rate now stands at 0.25% to 0.5%, still well below normal historical rates. With the Fed putting investors on notice that future rate hikes will be slow and steady, how should investors position their portfolios?

In the aftermath of the Fed’s meeting and policy statement, utility stocks and real estate investment trusts, or REITs, rallied.

Stocks like Consolidated Edison (NYSE: ED) and Realty Income (NYSE: O) popped on the news. Utilities like ConEd and REITs like Realty Income stand to be the biggest winners from the Fed keeping further rate hikes on hold.

Therefore, if rates stay low for longer, the opposite is true: utilities and REITs will be major beneficiaries. These companies now have more time to refinance their debt to take advantage of low rates and cheap debt.

With four rate hikes being taken off the table, investors should feel more comfortable about holding rate-sensitive stocks like utilities and REITs.