Since December 2008, the Federal Reserve has kept its benchmark interest rate near zero to help revive the staggering U.S. economy and employment rates after the Great Recession. 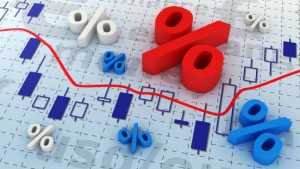 On Wednesday, the saga continued, as the central bank kept its benchmark short-term interest rate near zero.

Prior to the meeting, the committee had recognized encouraging economic progress that could merit an interest rate increase. After the most recent statement from the Fed meeting, a September rate hike remains likely.

The strong labor market data is the most significant indicator that the time for a rate increase is quickly approaching. The unemployment rate has dropped from 10% in 2009 to 5.3% in June.

While the Fed statement indicated promising economic progress on multiple fronts, it also cited concerns. Inflation continues to be the elephant in the room that won’t budge.

The dual mandate of the Federal Reserve System is to maximize the employment rate and keep inflation near 2%.

Despite the sluggish inflation data, the Fed statement says it expects the inflation rate to be 2% in the medium term as labor market continues to improve.

Additionally, business investment and net exports were areas of concern in the statement. As the dollar has become relatively stronger, exports have been set back.

Despite these areas of concern, why should you still expect the first interest rate increases to happen in 2015?

Keeping interest rates low for such an extended period of time is unprecedented in the history of the Federal Reserve. Doing so was a risky decision made in an attempt to boost a sputtering economy after the financial crisis.

What was the biggest risk of this decision? This long period of low interest rates could have created market bubbles.

While the interest rate increase is still likely for September, the concerns noted by the Fed means that it will raise rates very gradually after the first increase.

A lot can happen over the next seven weeks. And the Fed loves to use its “Fed-speak,” characterized by vague statements around future policy changes, allowing Fed officials to change their minds.

See You in September

Nothing in the statement gave an overt indication that the rate hike will happen in September. There are three more Fed meetings this year: September, October and December. No one should be surprised if the Fed postpones its decision to increase the federal funds rate until December.

While the consensus among economic forecasters is for a September rate hike, investors reacted differently to the statement, thinking it reduced the chances of a September increase.

The 10-year Treasury note fell after meeting notes were released, but closed at a small increase. The S&P 500 index also rose 0.7% the day of the meeting.

The next Fed policy meeting is September 16-17. Stay tuned to see if a rate hike is in the cards.