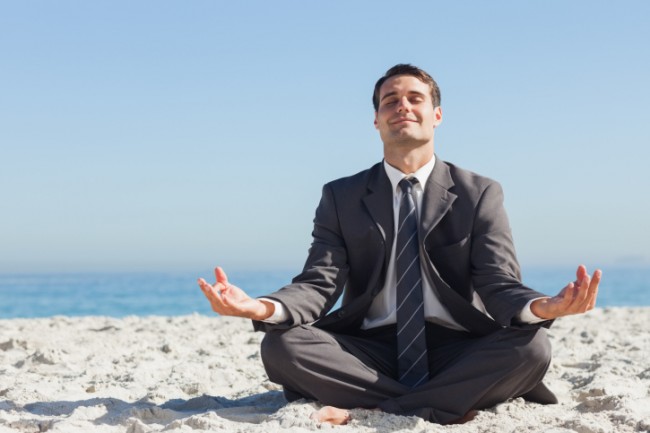 Thematic investing is a tried and true way of capitalizing on broad, fast moving trends. The latest trend is in healthy and active living. There are multiple ways to play this the health/fitness market, with the best being the top 5 fitness stocks to buff up your portfolio.

The rapid rise of obesity over the past few years have helped shed light on the need for more active lifestyles. The need to get in better shape has quickly grown into an obsession. Much like the boom we’re seeing in the mobile app market, healthy living is now all the rage and growing into quite a remarkable trend of its own.

Activewear, fitness centers and supplements are a few of the best ways to play this market. More specifically, there are 5 fitness stocks to buff up your portfolio, just in time for beach season.

This leading yoga pants maker is down nearly 50% from its 52-week high. It’s yet to recover from the yoga pants debacle back in 2013. There’s also speculation that Lululemon could be an enticing buyout candidate. Its enterprise value is now below $5 billion, which would make it relatively easy for one of the major apparel companies to snatch up Lululemon. It trades at an 8.7 enterprise value-to-earnings before interest taxes depreciation and amortization multiple, which is the lowest EV/EBITDA multiple the stock has traded at in over five years.

With no debt and a high-margin product, Lululemon has one of the best returns on investment in the apparel business, coming in at 25%. It has net cash of $5 a share, which covers around 13% of market cap. The key growth opportunity includes expanding overseas. It believes it can have 20 stores opened in Europe and Asia by 2017. Over 90% of its revenues are currently tied to the U.S.

Back in February, shares of this leading vitamin/supplement retailer tumbled over 15% in a single day and have been in steady decline since then. Shares are now down over 40% from their 52-week high at the end of last year. GNC has over 8,500 retail stores. Top peer, Vitamin Shoppe, only has around 700 stores.

GNC has a notable tailwind beyond just an increase in health awareness. The aging population should help boost demand for supplements. There’s also plenty of room to grow internationally with the help of franchising. It also has partnerships with PetSmart (GNC Pets branded products), Rite-Aid (GNC Livewell store-in-a-stores) and Sam’s Club (where it sales its private label products).

One of the potential areas for unlocking value is forming a real estate investment trust to hold its properties. REIT formation has become quite popular across many industries, from casino owners to billboard operators. Activist hedge fund Marcato Capital, which owns 7% of the company, could push Life Time Fitness to form a REIT.

Foot Locker sells footwear across 3,500 stores in a number of countries. Compare that to Finish Line, which has under a 1,000 stores. Beyond just expanding its footprint and shutting down underperforming stores, Foot Locker is also remodeling stores. Foot Locker pays a 1.8% dividend yield and it has negligible debt.

Back in early 2013, Foot Locker bought Runners Point, which gave it an even larger presence in the running market. Runners Point only operates around 200 stores across Europe, leaving plenty of room for Foot Locker to expand its European business. Foot Locker is also focusing on the women’s business. It only has around 250 Lady Foot Locker stores, but women shoppers are becoming more important in the footwear market. As part of that, Foot Locker launched SIX:02 at the end of 2012, which is a women’s store that focuses on the top brands in women’s footwear and apparel.

Nike is Foot Locker’s primary supplier, and a global apparel and footwear company. Nike remains the global leader in footwear. Its recent round of price hikes should help drive margins higher in the interim. The company’s futures orders (orders out several months in advance) were up 12% year-over-year last fiscal quarter. In one of the largest footwear markets in the world, China, Nike is looking to right size its business. It’s dropping underperforming retail partners and shifting excess inventory to other markets.

There’s also speculation that Nike could be a strategic buyer of Lululemon. The premium brand of yoga pants would be a nice addition to Nike’s robust portfolio. Nike could also leverage its global marketing and distribution network to accelerate Lululemon’s growth in international markets. Nike pays a 1.3% dividend yield and has a very reasonable debt-to-equity ratio of 13%. Its return on investment is right up there with Lululemon as one of the best in the industry at just under 20%.