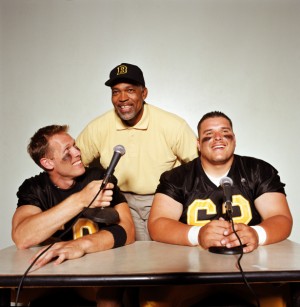 The average professional star athlete in the U.S. will make more in one season than most of us earn in our entire lives. And that’s just a run-of-the-mill pro athlete.

Top athletic stars such as Tiger Woods, LeBron James and Roger Federer net $50 million or more per year, according to a June 2012 Forbes report. Top earner Floyd Mayweather brought home $85 million from June 2011 to June 2012. Only a select few households will ever rake in that kind of dough.

Despite those staggering salaries, many stars end up dead broke. And many Americans – this author included – wonder how that’s even possible.

Yet it happens all the time. Athletes lose their money at an alarming rate. Analysts at Mint.com report that 60% of NBA players file bankruptcy within five years of retirement.

Football players are even worse. More than 78% of NFL stars will file for bankruptcy within five years.

For some perspective, there were 1.2 million non-business bankruptcy cases in 2012 – that’s down from 1.36 million in 2011. There were 114.5 million households in America in 2011. So the average household bankruptcy rate likely hovers around 1.2% during any given year.

If data from Mint.com is accurate, the average athlete is destined to go (quickly) from fame to shame. Here are five possible reasons why:

Scott Bercu, a financial accountant for professional athletes, believes this group spends like mad, and blows their savings too rapidly. He said, “They see their salaries as infinite, like it doesn’t end, like they can’t spend it all. But if you get $5 million a year, by the time you get done paying your agent and taxes, you have $2 million left to spend.”

The “shelf life” of athletes is tiny. Professionals in this industry have a small window to make their millions, and if they don’t they cannot survive on their savings for very long (even if they saved responsibly).

3. A lack of finance knowledge

Athletes see prominent people spending money, and they believe that their spending pattern should be the same. However, athletes fail to take into account that those prominent members have spent a lifetime learning about financial responsibility and budget strategies.

Also, according to Butowsky, athletes are targets for poor investment pitches. He said, “Chronic over-allocation into real estate and bad private equity is the number one problem in terms of a financial meltdown. And I’ve never seen more people come to me about raising money for those kinds of deals than athletes.”

Athletes often do try to be responsible with their savings. However, they pick the wrong financial advisors. The NFL Players Association claimed that 78 players lost a total of $42 million between 1999 and 2002 as a result of bad financial advisors.

In fact, Bob Young – managing director for APEX Wealth Management – says athletes often don’t know who manages their savings. He said that he frequently asks players how they’re doing (financially), and they’ll often respond, “I have no idea. All the bills are paid by someone else.”

A few quick thoughts of my own.

The average player salary is a somewhat meaningless figure. The top earners in sports can easily shift the averages higher. The median salary is a better metric to study. In fact, I think it’s  likely that a large percentage of the bankruptcies come from ex-professionals who earned only a few hundred thousand dollars per year.

Also, it’s very concerning if the NFL and NBA data is correct. That’s a high rate of bankruptcy, and the league should provide better guidance for its stars.

Another misleading point is the filing of bankruptcy itself. Many people (mostly grad students) have mounds of debt and are forced to work at Starbucks to pay it off because the job market is so miserable. Even though these grads aren’t insolvent, they’re very much underwater and teeter on the edge of a nasty financial fall. So there are smart people, and savvy adults, who may be in the same financial hurt locker as most athletes. However, this group is unlikely to express those financial woes in a court setting.

Moreover, professional athletes are easy targets. They’re highly visible, have lots of money and limited experience. Though I find it hard to imagine losing millions of dollars in savings in such a short span of time, I also have a solid financial background, applicable work experience and a family that educated me on personal finance issues. Before pointing the finger at athletes, it may be wise to step into their shoes (cleats) for a minute  … maybe their financial woes aren’t entirely their fault or a result of reckless spending.

My colleague Ian Wyatt recently launched a new website aimed at helping young adults (and older ones, too) learn more about financial basics. His site, Investor Bistro, is a great resource for those just getting started – or who need a quick refresher – in their journey of saving toward retirement. Maybe an athlete or two should check it out as well.