It’s been one of the hottest investments of 2016. Yet, at a glance, it seems just a small, boring part of the $13.2 trillion U.S. Treasurys market many investors wouldn’t even consider. 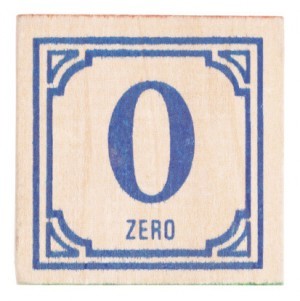 What am I speaking about?

Zero-coupon Treasury bonds. Through April 1 of this year, these bonds far outpaced U.S. equities with a return of 7.3%.

Since it’s such a little-known area of the fixed-income world, let me give readers a primer.

Zero-coupon Treasurys are also known as STRIPS. That’s because it is a security created by “stripping” the interest-paying coupons from a long-term (10 years or more) Treasury bond.

Technically, STRIPS stands for “separate trading of registered interest and principal securities.” They are created by large Wall Street banks such as JPMorgan Chase (NYSE: JPM) with the blessing of the Federal Reserve.

The steep discount in price occurs because no interest will be received during the life of the remaining bond. However, the holder of the bond will receive the face value of the bond at maturity.

Treasury zeros can be purchased in $1,000 increments through most brokerage firms.

However, this type of Treasury bond is not for every investor.

Zeros are highly volatile, almost like regular Treasurys on steroids. Since they pay no interest, these bonds are extremely sensitive to expectations of interest rate movements.

In other words, if rates are expected to move higher, zero-coupon Treasurys will plunge in price. And when the Federal Reserve talks dovish – meaning lower rates for longer – these bonds soar. Thus the great return on zeros in the first quarter of 2016.

And if you were lucky enough to be a holder of zero-coupon Treasurys with more than a 25-year maturity, you would have seen gains of 59% from the end of 2013 to April 1 of this year. That compares to a return of a mere 9% from the overall U.S. government debt market.

If you’re bullish on Fed Chairwoman Janet Yellen remaining dovish, there is an ETF that holds Treasury zeros. It is the Pimco 25+ Year Zero Coupon US Treasury ETF (NYSEArca: ZROZ).

However, they may fit into some investors’ portfolios in certain instances.

When to Consider Zero-Coupon Treasurys

Back when I was a broker, I saw clients use zeros in several circumstances.

One situation was people looking for a no-brainer assured return for retirement. Of course, that was back when yields were much higher.

People would buy STRIPS and put them in their IRA and forget about them. They knew they had a certain percentage gain locked in for their retirement. Also, since the “income” from a zero is still taxable by the IRS (even though you don’t receive it), an IRA is a great place to protect against taxation while holding individual STRIPS.

Zeros are also a good investment for people who know they will need a certain amount of money at a certain date.

I quite often had people come in to see me that had just had a child and wanted to set up a college fund. They then bought these steeply discounted bonds and once again knew how much they would have when their child was ready to go off to college.

Older clients would also use STRIPS to pass on wealth to heirs without piling up gift taxes. After all, each $1,000 given as a gift via a zero-coupon Treasury would be worth a lot more at maturity. And the gift of a STRIPS bond would only count as $1,000 toward their yearly gift tax exclusion.

The bottom line from my view on zero-coupon Treasurys is that they are not a short-term trading vehicle. You are really gambling on the direction the Fed will take. So if you want to take a flyer, make sure an instrument like the ZROZ fund is only a small part of your overall portfolio.

Zero-coupon Treasurys are better as a long-term investment. But with our current climate of near-zero interest rate policies, it’s no longer such a good way to grow your wealth over the long term.